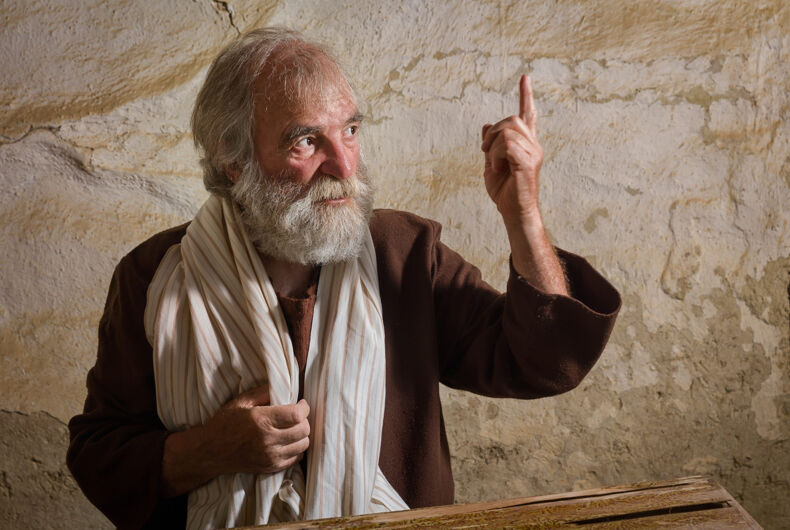 So he did what the prophets from the Old Testament would have done. He cursed children.

“Let me tell you something,” Taylor warned on his YouTube channel. “Every Christian, every pastor out there that voted for Joe Biden last night, you have brought a curse upon yourself and your family, your children, and your children’s children down to the third and fourth generation, and you need to repent.”

“And if you cannot see that, if you do not repent, judgment will fall upon you, I believe, and your family and your children’s children down the third and fourth generation.”

Taylor, a frequent proponent of QAnon conspiracy theories, also repeated his assertion that critics of the Republican president are possessed by demons and “aren’t human” any longer.

It’s not the only conspiracy theory the good prophet has tried to sell his followers. Before he was blaming demonic possession, the said opposition to Trump’s presidency was caused by Satanic soundwaves broadcast by the Illuminati.

“The enemy has literally sent out a frequency,” Taylor said, “and it agitated and took control, basically, of those who have their DNA that was turned over to the enemy. That’s what’s happening. The Illuminati, the Freemasons, all these people, their main goal is to change the DNA of man, and they’re doing it through these frequencies, through the bombardment.”