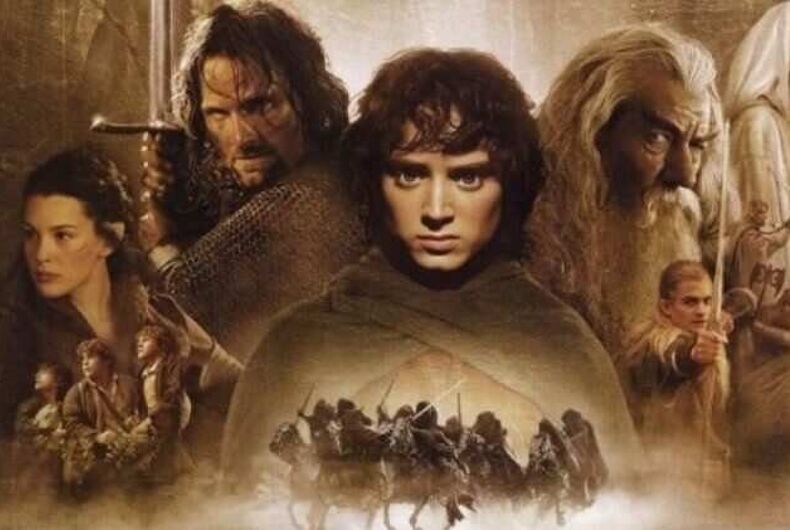 Our national nightmare is finally over. Trump is going down.

Being a fantasy enthusiast and Dungeons & Dragons role-playing geek, I can’t help but see the defeat of Donald Trump in terms of the genre I love.

Related: Are Americans the stupidest people in the world?

The One Ring has been destroyed in the fires of Mount Doom, and Sauron’s mighty eye has fallen from the top of its tower. The White Witch has been dethroned and killed by Aslan. Voldemort has had all his horcruxes destroyed and is therefore defenseless when his own destructive spell is turned back at him.

If you’re offended that I see Donald Trump and his Republican enablers as evil villains, or you think this is exactly the sort of left-intolerant rhetoric that got Trump elected in the first place – I don’t know what to tell you. For five years, I’ve watched Trump and his Republican sycophants spew nothing be fear, cruelty, xenophobia, racism, and lies, doing everything they can to degrade both our democracy and our discourse.

Honestly, if that isn’t evil, I don’t know what is.

But here’s the thing. I’ve learned something from all these fantasy stories I love: evil can’t be destroyed.

Sauron can be vanquished, yes, but somehow his essence always lingers on, existing as a spirit in dark places. Similarly, the White Witch will one day return in the form of another witch, The Lady of the Green Kirtle. As for Voldemort, even he continues on in the form of a helpless baby who could one day return, if enough bad people will it to be.

The evil that Trump brought forth in such stark relief is defeated for now, but it’s not gone forever either. It will be back, stronger than ever – sooner than most people expect, I think.

Some people, especially minorities, say they’ve always seen America’s cruelty and evil. As for me, it’s been a long time since I’ve had any illusions about America’s past. I know it’s dark and ugly and brutal. At the same time, I saw good in America, especially in its stated values.

For at least a decade, I was on the front line of LGBTQ activism and had almost unimaginable vitriol thrown at me from my political opponents. Weirdly, the experience left me feeling pretty good about America. Because in the end, America got better. When confronted with the obvious contradiction between reality and its stated ideals, it changed to move closer to its ideals.

And so, in addition to all the bad things I knew are true about America’s past and present, I had positive feelings for America too. I believed that in the end, we were probably a tiny bit more good than we have been evil. I believed to the core of my being in Martin Luther King’s stirring notion that the long arc of history bends toward justice.

Trumpism changed these beliefs of mine. The question all through these long years under his Presidency has always been: Is Trump an aberration, or is this who we are as a country?

Biden won the popular vote, decisively, and the Electoral College by a smaller margin. At the same time, when confronted by four years of Trump’s obvious ignorance, cruelty, corruption, and racism, almost half of American voted to reelect him anyway.

Trump isn’t an aberration. He is who we are — almost half of us, at least — and realizing this breaks my heart in a way it’s never quite been broken before.

Here’s the part where I make a confession about The Lord of the Rings. As much as I love the books and movies, I’d never really understood the ending. Frodo destroys the One Ring, and Sauron, but then after a couple of years, rather than living out the rest of his life in the Shire, he joins the last of the Elves to sail off to the Undying Lands, a place of mystery and magic from which he can never return.

Why? I always wondered. Why go off with the wise but dour elves? Why not stay with his fun-loving Hobbit friends, living out the rest of his life drinking ale and remembering his glorious victory?

I understand that ending now.

Over the course of his quest, as Frodo is trying to destroy the One Ring, he sees evil up close. He comes to understand it in a way he never has before. When he fights the Witch-King of Angmar at Weathertop, he is pieced by the ancient Morgul-knife.

While the elves eventually heal Frodo as best they can, the evil of this weapon has penetrated so deep that it can never fully heal. Later, Frodo is poisoned again by Shelob, in the mountains of Cirith Ungol above the evil land of Mordor.

There are some things you’re not protected from, even with a virtually impenetrable vest of mithril.

By the end of The Lord of the Rings, there’s a lot of poison washing around in Frodo’s system, not the least of which is the knowledge that, when push came to shove, he failed in his greatest character test: he was overpowered by the evil of the One Ring. It was only through the courage of Samwise Gamgee, and the plotting of Gollum, that the ring is destroyed anyway.

No wonder Frodo wasn’t content to stay in the Shire with his happy but simple friends. He’s seen too much. He knew too much! He was much more like the Elves now, with their eternal wisdom, and also their sad knowledge about the true character of mortals.

These days, there’s a lot of poison in my system too. Half of America voted for an openly fascist sociopath — so, no, sorry, this wound will never fully heal. I feel like I’ve seen who half of America is now, and I can’t just unsee that. My faith in and sense of the country is irrevocably changed.

So what do I do? In a way, my husband and I have sailed off to the Undying Lands too. Three years ago, we left the United States, in part because of the election of Trump, and we’ve been traveling indefinitely ever since, living as “digital nomads” in some ten different countries.

Even before the election, I had discovered that my personal values align much more closely with those of Europe than they do of America.

I haven’t given up the fight for all the causes I believe in, even in the United States — in part, because what happens there affects the rest of the world and, of course, the future fate of the planet.

Others may see the last few years differently, obviously. Different strokes for different folks. But for me, at the same time, my feelings about America, and my relationship to it, are forever changed.

I’m thrilled with the outcome to the election, at least on the presidential level. But I’m living with the Elves now, watching from a distant land with a different perspective, wiser, but also a whole lot sadder.

Brent Hartinger is the author whose latest book is The Otto Digmore Decision. With his husband Michael Jensen, they write about their travels at BrentAndMichaelAreGoingPlaces.com, or on Instagram, Facebook, or Twitter.