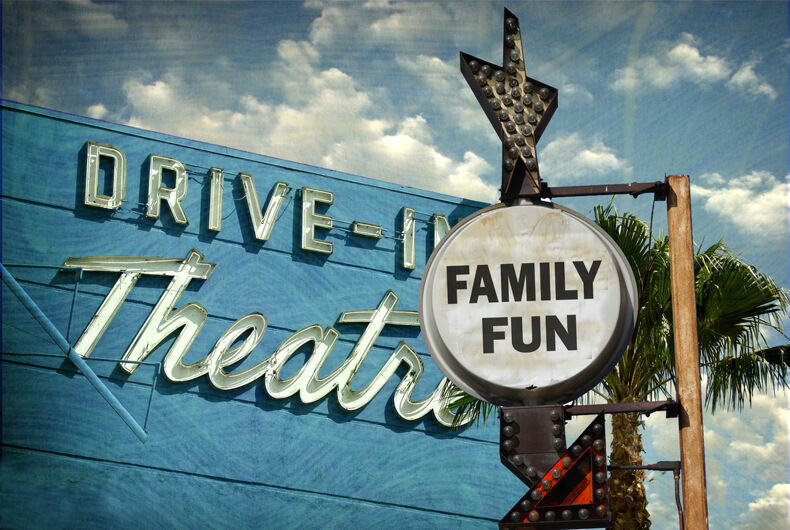 A serial killer who inhales people through his butt, a gang of Australian outlaws who sometimes dress in drag, and another killer who’s infatuated with his designer jacket are among the subjects of films that John Waters ranks as the best of 2020.

Every fall, the Baltimore-based writer and filmmaker reveals his list of the movies he considers the year’s best in Artforum magazine.

Related: Seth Rogen knows his movies made gay people ‘feel like s–t.’ He’s sorry about all that.

Because it precedes the Oscars and Golden Globes and Screen Actors Guild awards, Waters’ list signals the start of the awards season for many, and the film industry takes note.

This year’s list also includes the first English-language film by Pedro Almodovar, courtroom dramas by Aaron Sorkin and British filmmaker Steve McQueen, an allegory about red states and blue states leading up to the 2020 elections, and a horror film about a woman who eats marbles and other objects.

A master of the thumbnail review, Waters usually names his top ten. This year, he came up with 11. Here are his selections, as sent to Artforum subscribers last week. His article comes out December 1.

1. Butt Boy, directed by Tyler Cornack. “A jaw-dropping, deadpan, bowel-bonkers thriller” about a serial killer who “inhales” his victims through his derriere. The final scene takes place inside the killer’s rectum.

2. Swallow, directed by Carlo Mirabella-Davis. A horror film about a woman who eats marbles, thumbtacks, and other objects, goes to the bathroom, cleans them, and displays them in her home. Starring Haley Bennett, Austin Stowell, and Elizabeth Marvel.

3. The Hunt, directed by Craig Zobel, written by Damon Lindelof and Nick Cuse. A political satire about a group of liberal “elites” who hunt down blue-collar types for sport. Before the 2020 election. Republicans tried to block its release, saying it made people from red states look bad when the liberals turned out to be the real villains. Waters nominated Betty Gilpin, who plays one of the Hunted, for “Best Deplorable Actress of the Year.”

4. Why Don’t You Just Die!, written and directed by Kirill Sokolov. This Russian film shows what happens when a detective, his resentful daughter, an angry thug, and a cheated cop get together, all seeking revenge. Waters calls it a “blood-drenched, seat-ripping, Tarantino-influenced Russian grindhouse family revenge comedy” that’s best seen in a packed movie theater.

5. The Audition, directed by Ina Weisse. A drama about a violin teacher who takes an intense interest in a student, while neglecting her own son, also a violinist. Waters calls it an “Ingmar Berman-meets-Joanna Hogg melodrama” that “will fill you with arty masochistic inner peace.”

6. Deerskin, written and directed by Quentin Dupieux. A horror-comedy about a wannabe filmmaker who becomes so obsessed with a fringed deerskin jacket he buys that he sets out to murder anyone who might emulate him. Waters calls it “the fashion film of the year.”

7. The Human Voice, written and directed by Pedro Almodovar. Tilda Swinton, looking more than ever like David Bowie, stars as a woman abandoned by her ex-lover in Almodovar’s first English-language film, based on a 1930 play by Jean Cocteau.  Waters says Swinton’s 30-minute emotional crack-up scene is “pure cinematic enjoyment.”

8. True History of the Kelly Gang, directed by Justin Kurzel, with Russell Crowe, Charlie Hunnam, George MacKay, and Nicholas Hoult in the cast. Based on a novel by Peter Carey and filmed in Australia, it’s the story of 1870s-era bushranger Ned Kelly and his gang of robbers, who sometimes dressed in drag just to confuse the authorities. Waters describes it as a “gory, insane, homoerotic, historical western” and says MacKay’ delivers a “truly astonishing, unhinged performance” that “gives new meaning to the word butch.”

9. American Murder: The Family Next Door, directed by Jenny Popplewell, is a Netflix documentary about the Watts family murders that took place in Colorado in 2018. Waters was impressed by how well the story is told and found it both powerful and depressing to learn who the real killer was.

10. There was a tie between The Trial of the Chicago 7, written and directed by Aaron Sorkin, and Mangrove, directed by British filmmaker Steve McQueen.

Mangrove follows The Mangrove Nine, a group of West Indian immigrants in Britain who clashed with London police in 1970, revealing systemic racism within the police force there. Waters recommends that viewers watch them together as a double feature and then go out and film themselves getting arrested at a protest rally.

“Then you’ll be the best movie of the year.”