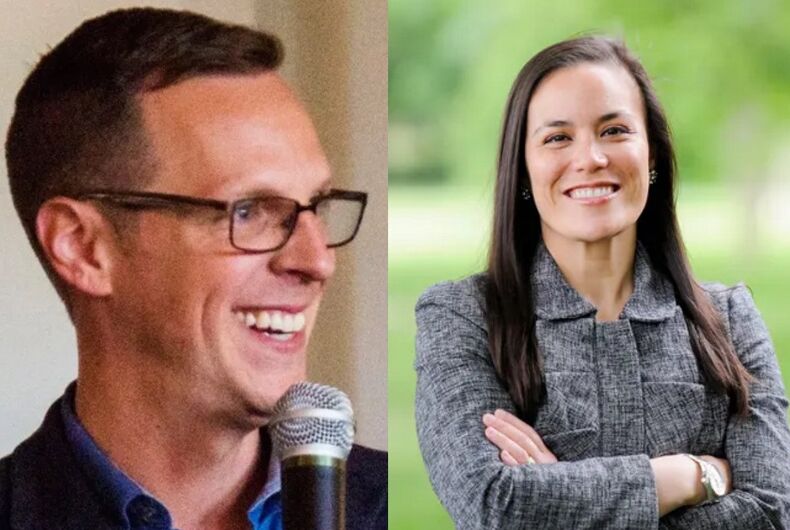 Out candidates Gina Ortiz Jones and Jon Hoadley have lost their campaigns for U.S. House in Texas and Michigan, respectively.

The AP has called both races for their opponents. Ortiz Jones was four percentage points behind her opponent, Tony Gonzales, in Texas’s 23rd District, and Hoadley is down by over 20 percentage points against incumbent Rep. Fred Upton (R) with 88% of precincts reporting.

Ortiz Jones, a veteran of the Air Force and Iraq War, served in the military under Don’t Ask, Don’t Tell before entering politics.

“I had to sign a paper saying I will not engage in homosexual behavior,” she told LGBTQ Nation in April. “My opportunity to get an education, serve our country, die for our country, all of that goes away if they find out I’m gay.”

She later faced transphobic attacks from a Republican PAC that accused her of wanting to close military bases “to pay for transgender reassignment surgeries.” LGBTQ Nation could not find any basis for the bizarre accusation.

The same PAC that ran the transgender ad against Ortiz Jones accused Hoadley of being a “pedo sex poet” in what the LGBTQ Victory Fund called “the most homophobic campaign against a gay candidate anywhere in America right now.” The accusations were based on willful misreadings of decades-old blog posts Hoadley wrote when he was younger.

“It hurts everyone in the LGBTQ community, not just in a campaign context,” he told LGBTQ Nation last month. “They’re leaning into these old stereotypes to justify trying to make people scared or fearful of LGBTQ folks.”

Out Representatives Sharice Davids (D-KS), Chris Pappas (D-NH), David Cicilline (D-RI), Mark Takano (D-CA), and Mark Pocan (D-WI) have all won their reelection campaigns for the U.S. House, and newcomers Ritchie Torres and Mondaire Jones – both from New York – won their elections. This means that there are going to be at least seven out LGBTQ members of the House next session.

Representatives Angie Craig (D-MN) and Sean Maloney (D-NY) are both in the lead in their reelection bids but the AP has not declared a winner in either race. Beth Doglio is currently behind her Democratic opponent in the race in Washington’s 10th District.