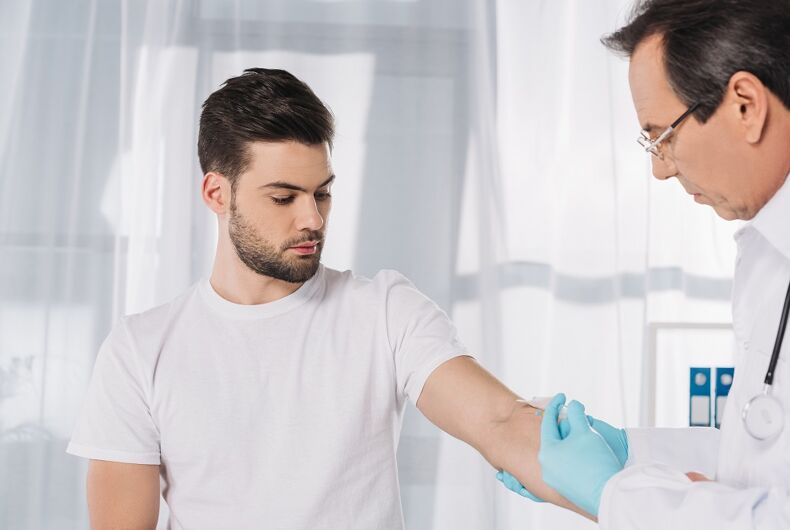 New HIV diagnoses among gay and bisexual men living in the U.K. have dropped to their lowest levels since 1998, according to a new report to Public Health England (PHE).

Researchers say the drop in new cases isn’t connected to a reduction in sex during the COVID-19 lockdowns. Rather, HIV diagnoses have been decreasing in the U.K. for a while thanks to increased condom use, HIV testing, and the availability of pre-exposure prophylaxis (PrEP), a medication with can greatly reduce one’s chances of contracting HIV, as well as antiretroviral therapy, medications which make people living with HIV virtually incapable of transmitting the virus.

Related: Doctors “forgot” to tell a man he had tested HIV positive for 23 years

The U.K. has set a goal of ending HIV transmission by 2030 and has made strides to try and meet an ambitious 90-90-90 goal set by the United Nations Program on HIV/AIDS (UNAIDS).

HIV rates among gay and bi men in the U.S. have also decreased from 2014 to 2018 by seven percent, according to the U.S. Centers for Disease Control and Prevention. While the numbers of new diagnoses have remained stable for Black, Latino, and Asian men, they’ve decreased for white, Native American, Pacific Islanders and other multi-racial men.