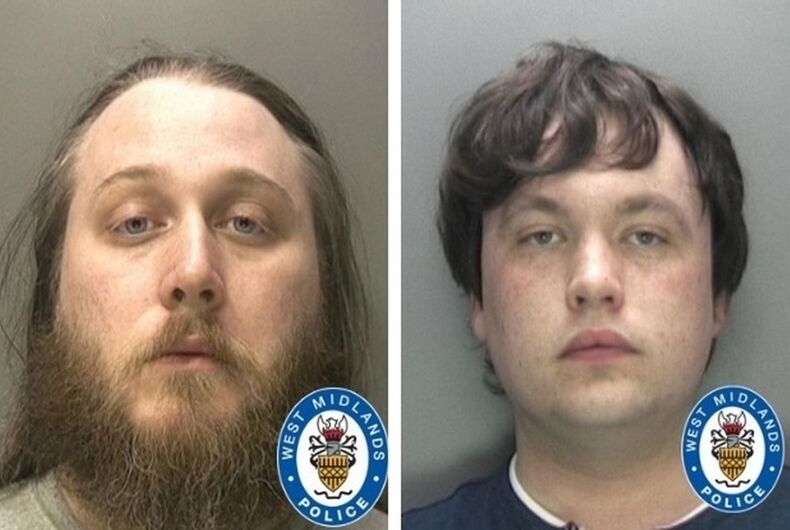 A male queer couple has been convicted of murdering a lesbian in a grotesque crime that prosecutors said occurred in the men’s “flat of horrors.” One of the men said that he lashed out at the victim with a rolling pin when she made “moves” on him.

Nathan Maynard-Ellis, 30, and his boyfriend David Leesley, 25, were found guilty of murdering Julia Lawson, 42, as well as several other charges. Investigators believe that they bludgeoned her to death, cut up her body in a bathtub, and then hid the body parts in different locations.

Maynard-Ellis, a former film student, is believed to have flirted with Lawson at a bar in Dudley, U.K., on May 11, 2019, and convinced her to come home with him.

The apartment he shared with Leesley was full of dismembered Chuckie dolls, reptiles in tanks, gory masks, and other objects associated with horror movies.

“Julia could not have known that she was about to enter a ‘flat of horrors’ – but she must have realized this very soon after she went in,” prosecutor Karim Khalil told the court. “Their flat was full of printed materials, DVDs and videos about serial killers, and the violent sexual abuse of women.”

Khalil said that Maynard-Ellis had fantasized about “the sexualized killing of women” and that the attack “was the culmination of years of pent-up fantasy and desire.”

Maynard-Ellis beat Lawson to death. He told the jury that he was not trying to “re-enact” a scene from a horror film but instead panicked when Lawson made “moves” on him.

The couple then cut up her body into different parts and hid the parts in two different locations near their home. Lawson’s parents started a search for her while the couple was spotted around town, acting like nothing had happened.

“We accept that [Maynard-Ellis’s] part in these horrific acts were the actions of a man with a disturbed mind, but they were not, we say, carried out in a state of heightened psychiatric panic,” Khalil told the court.

Maynard-Ellis was convicted on one count of murder, four counts of rape, and one count of attempted rape. The rape charges involve other victims who came forward when he was arrested.

Leesley was convicted of murder.

Both men were also convicted on charges related to obstruction of justice and dismembering and hiding the body. Both will face sentencing at a later date.