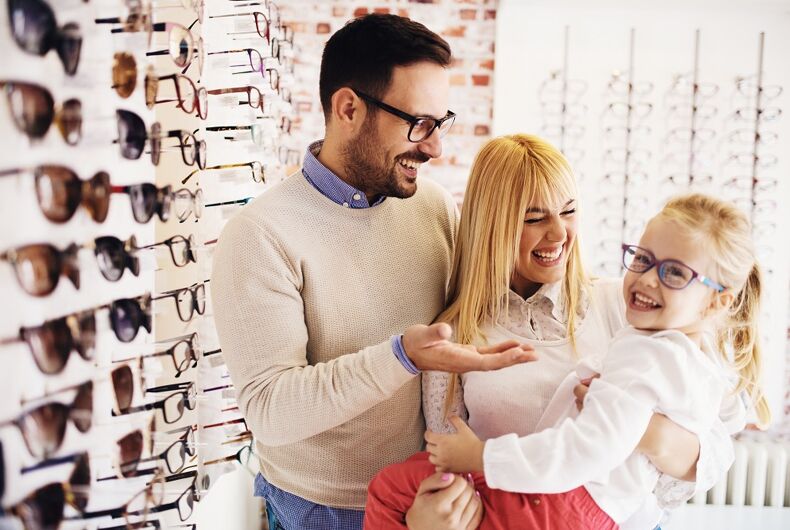 A family smiling at the deleterious effects of sin on their child's vision.Photo: Shutterstock

A creationist is getting attention online for explaining that God gave people noses so that humans would have a place to put their glasses.

Jennifer Hall Rivera is the Education Content Administrator for the non-profit “Answers in Genesis,” which operates the Creation Museum in Kentucky. The organization’s site says it gives biblical answers to questions “regarding key issues such as creation, evolution, science, and the age of the earth.”

Related: What’s up with the homosexual tendencies of hurricanes?

In the video, Rivera is explaining how to tell the difference between a human skull and the skull of a “primate,” a category of animals that in no way includes humans, why would anyone ever think that.

One of the differences is the nasal bone, which humans have because we, unlike other primates, sin: “God designed humans very specifically, with this nasal bone, because He knew because of sin we’d be wearing glasses and contacts, right? So this helps hold our glasses. Primates have no need to wear glasses, so they were not created with that bone there.”

Apparently, myopia is a result of sin, so be suspicious of kids with glasses.

She did not explain how the nasal bone is involved in holding up contact lenses.