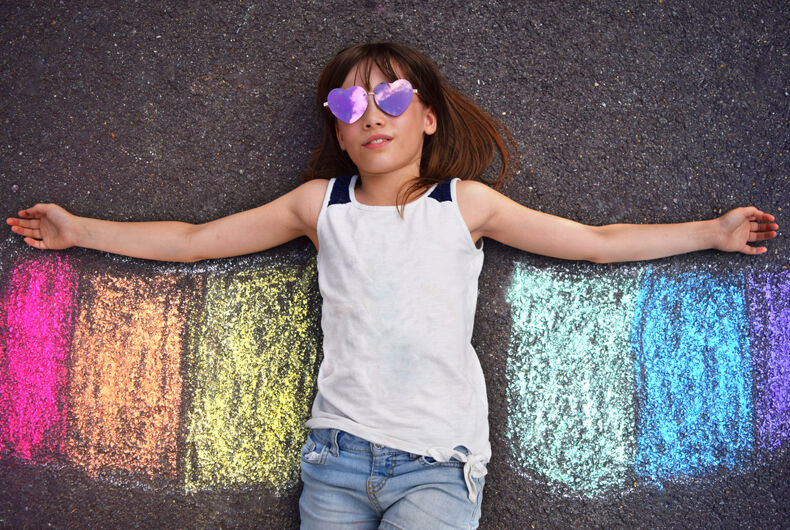 Byron and Keira Hordyk, an Australian evangelical Christian couple who applied to be foster parents, are suing for “religious discrimination” after they were denied. They say the foster agency’s decision wasn’t based on whether or not they can provide a loving home to a child but instead on their anti-LGBTQ religious beliefs.

The couple told an employee from the Wanslea Family Services that they would not accept an LGBTQ kid and would subject the child to traumatizing “conversion therapy” meant to turn them straight or cisgender. The Hordyks were denied because their home wouldn’t be a safe environment for the child.

The American Psychiatric Association has long opposed conversion therapy and has called on lawmakers to ban what they call a “harmful and discriminatory practice.”

Even conversion therapy that doesn’t use abusive or violent techniques can harm a child’s mental health by teaching them that they are fundamentally broken because of their identity. According to HRC, the practice has been linked to an increased risk of “depression, anxiety, drug use, homelessness, and suicide.”

So it is not surprising that the Hordyks got rejected. The couple said they got a letter from the foster agency saying that they did not meet the requirement of “providing a safe living environment.”

“We do feel we have been discriminated against and also we felt that if we were quiet about this and didn’t say anything about it, it could potentially harm or limit any people with the same Christian values as ours from fostering,” the couple told The West Australian. “We hold traditional Christian views on how the Bible teaches us on sexuality and marriage.”

“We stated it from the beginning. We are not here to hide behind it. Everyone — particularly with a divisive issue — is afraid of being put into the realm of public opinion in a negative light. And my beliefs are strong enough that this might be my cross to bear.”

In the United States, foster agencies run by religious organizations have sued to demand their “right” to deny LGBTQ people as potential foster parents. The Supreme Court heard oral arguments in Fulton v. City of Philadelphia, a case brought by a Catholic adoption agency seeking the right to discriminate against potential LGBTQ foster and adoptive parents, shortly after the election.

The Supreme Court ruled in 1990 that religious groups are not exempt from general local, state, and federal laws, but the current makeup of the court has caused concern among civil rights advocates.

This was the first major case that new Justice Amy Coney Barrett heard. The far-right anti-LGBTQ Justice’s confirmation tilted the court with a 6-3 conservative bias.

Trans women dropkicked & beat a racist throwing slurs at them. The judge said he deserved it.