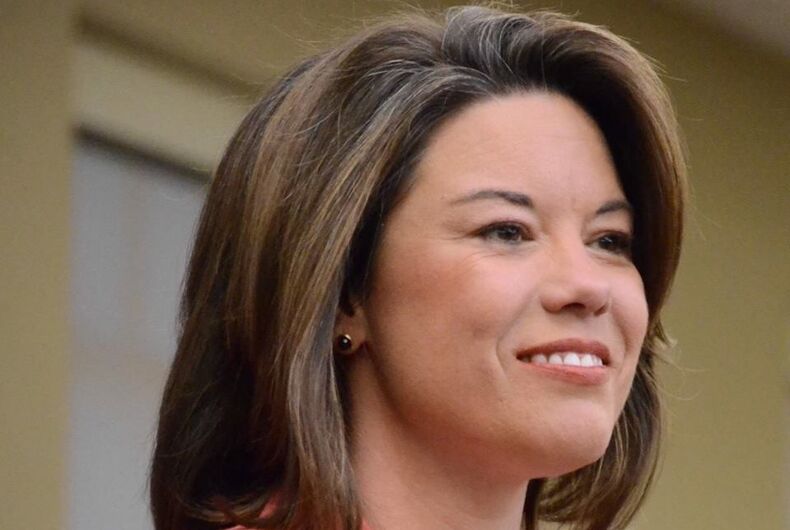 The AP has called the race in Minnesota’s 2nd Congressional district for Rep. Angie Craig (D), bringing the total of LGBTQ people in Congress next session up to 10.

That number could go up to 11 if Rep. Sean Maloney is declared the winner of his race in New York’s 18th District, where he is currently leading against his Republican opponent.

Republicans allegedly tried to spoil the election by paying a Donald Trump supporter $15,000 to mount a campaign in Craig’s district with the Legal Marijuana Now Party. The idea was that some people who support marijuana legalization would vote for the third party instead of Craig.

Craig’s Republican opponent, Tyler Kistner, said he would try to overturn the result, saying that the special election should have happened.

I am so thrilled to announce that I will be back to represent the Second District! https://t.co/yyjA99NWIU

Out candidate Beth Doglio in Washington lost her bid for the U.S. House.

This means that there are going to be at least eight out LGBTQ members of the House next session and two out U.S. senators: Sen. Tammy Baldwin (D-WI) and Sen. Kyrsten Sinema (D-AZ).