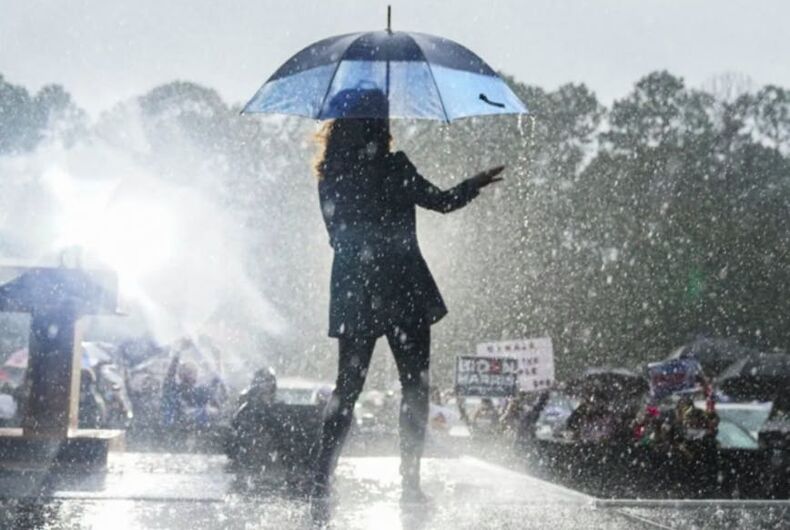 Sen. Kamala Harris (D-CA) is not afraid to break out her dancing shoes… or Chucks, as the case may be.

The vice presidential candidate has a penchant for channeling her inner Ellen DeGeneres at campaign events, dancing up a storm with supporters and fans.

So it’s no surprise that a video of a recent rainy rally in Florida shows the Senator cutting the rug under an umbrella.

It’s also no surprise that the viral hit quickly spawned another: a super-cut of Harris busting moves – from thworping a drag queen’s fan to showing up in flashmobs.

In an election season that’s seen every sort of situation possible, there is one constant: Kamala Harris will get America through until Election Day – and inspire voters to dance their way to the ballot box.

I am absolutely unable to get over this video of @KamalaHarris dancing in the rain in chucks. pic.twitter.com/TD38hUISN2

The Kamala Harris dancing compilation video that no one asked for lol#BidenHarris2020 #bidencoalition #GOTV2020 pic.twitter.com/5W29uzpxhC