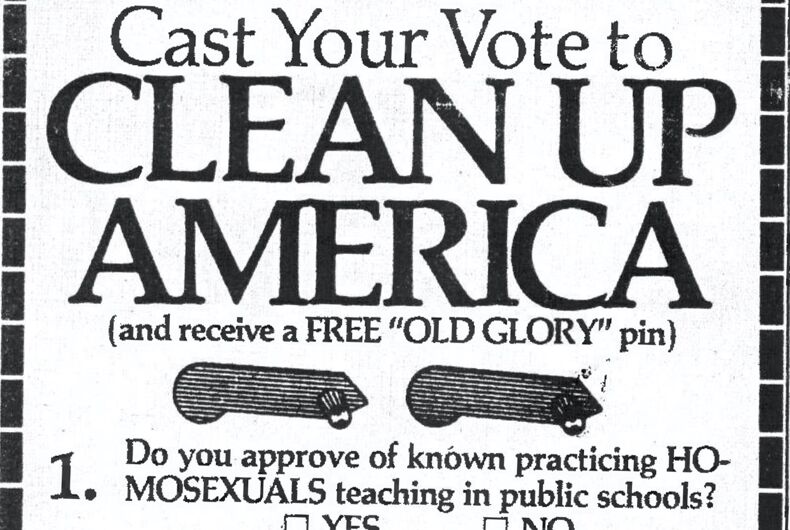 Model and cookbook author Chrissy Teigen recently shared the devastating news with her social media followers: she and her husband, singer John Legend, had lost their child halfway through her pregnancy. She shared heartbreaking black-and-white photos of the couple at the hospital, including her clutching a tiny blanket bundle holding their son, who they named Jack.

Most of the comments were of condolences and heartbreak, including women sharing their own experiences with miscarriage and stillbirth. But then, there were the haters:

Related: Historical photos of men in love: Can you spot the hidden clue that they’re a couple?

“Doesn’t change the fact that you’re 😈. God doesn’t like what you’ve done.”

“Look at it this way you can eat him now.”

“What a joke. After everything you were accused of. You thought you’d be blessed with another soul.”

Teigen, who has two children, is one of a swath of celebrities who has been accused and attacked on social media as being a part of an underground circle of Hollywood pedophiles, including Oprah Winfrey, Hilary Duff, Justin Bieber, Bill and Hillary Clinton, Bill and Melinda Gates, and more.

The theory was started by right-wing conspiracy theorist group QAnon, which believes that the celebrities control the U.S. and have ties to Jeffrey Epstein, a convicted sex offender who killed himself while in prison.

With each accusation on social media comes the hashtags #SaveTheChildren and #SaveOurChildren, slogans that have been heard — and used against the LGBTQ community many times — for the last 100 years.

“When I saw those things happening, I thought, this is the same kind of nonsense,” said Hunter O’Hanian, the executive director of the Stonewall National Museum & Archives.

In the 1950s, alongside the Red Scare of hunting for alleged communists, was the “lavender scare,” where homosexuals were targeted.

The Johns Committee in Florida, founded in 1956, investigated those they believed to be homosexuals, even pulling students out of classrooms to be interrogated. In the notorious “purple pamphlet,” a report by the committee, they noted the dangers of homosexuality and how it would negatively impact youth.

“The plain fact of the matter is that a great many homosexuals have an insatiable appetite for sexual activities and find special gratification in the recruitment to the ranks of youth,” according to the pamphlet.

In comparing the differences between child molesters and homosexuals, the pamphlet explains that the homosexual, “prefers to reach out for the child at the time of normal sexual awakening and to conduct a psychological preliminary to the physical contact. The homosexual’s goal and part of his satisfaction is to ‘bring over’ the young person, to hook him for homosexuality.”

The fear-mongering against LGBTQ people returned in the 1970s with the Save Our Children campaign by Christian singer Anita Bryant. She used her platform to wage a battle against “homosexual militants” when Miami-Dade County passed an ordinance protecting gay people from workplace discrimination. Again, she brought up the “dangers” of homosexuals and their impact on children and the American family.

In an ad in the Miami Herald, her group wrote, “The other side of the homosexual coin is a hair-raising pattern of recruitment and outright seduction and molestation — a growing pattern that predictably will intensify if society approves law granting the legitimacy of sexual perverts.”

In the early 2000s, the “save our children” tactic was revived to oppose the fight for marriage equality and the overturning of the Defense of Marriage Act. Those against same-sex marriage argued that marriage equality would deteriorate the sanctity of marriage, and later, they feared for children adopted by gay people and couples.

“People have been using the family and the children’s excuse for a long period of time when they want to demonize homosexuals and gay people,” O’Hanian said. “If it weren’t so serious, it would be laughable because it’s so far removed from any kind of factual underpinning. It’s meant to make people afraid.”

Their Help is Actually Harming

QAnon and the people who are convinced by their #SaveTheChildren and #SaveOurChildren theories believe that Hollywood and elites are at the heart of child human trafficking rings in the United States and have turned to social media to raise “awareness.”

While human trafficking is and has been a massive problem, their good intentions to “save the children” are, unfortunately, rooted in misinformation.

Somy Ali, the founder of No More Tears, a group that assists victims of human trafficking and domestic violence, says she has not come across any Hollywood human trafficking rings in her 14 years of experience. In fact, most human trafficking cases are not initiated by kidnappings, but rather, children and adults are groomed for months to lure them into trafficking.

“The myth is that human trafficking involves kidnapping or physically forcing someone. In reality, traffickers use psychological means,” she said. “The myth is that its people you don’t know. Many survivors, they’ve been trafficked by romantic partners, spouses, family members, including parents. That’s been my experience.”

One of her most recent cases involves a woman who fled New Jersey because her husband was pimping out their 5-year-old son to friends and “customers” while she was at work. In the past, Ali has worked with teenagers who were lured by pimps online when they saw them post that they were unhappy or hated their parents.

A few years ago, she assisted in rescuing a 2-year-old who was being sold on the dark web by her father — people paid $500 to watch sexual acts performed on her.

“We don’t have the white van grabbing the girl from the mall and putting chloroform on her face,” Ali said. In response to the conspiracy theories, she said the allegations are “preposterous.”

In recent QAnon rallies, supporters have called for an investigation into “Pizzagate,” a debunked theory from 2016 that alleged Hillary Clinton and other Democrats were a part of a child sex trafficking ring and used a Washington, D.C. pizza parlor as one of their meeting grounds. The rumors led to a man driving from North Carolina and shooting into the restaurant.

Polaris, an organization that runs the National Human Trafficking Hotline, was inundated with calls in July when rumors spread throughout the internet that online furniture company Wayfair was secretly trafficking children.

“While Polaris treats all calls to the Trafficking Hotline seriously, the extreme volume of these contacts has made it more difficult for the Trafficking Hotline to provide support and attention to others who are in need of help,” Polaris said in a statement. “What we can say is that none of the reports we have received involving Wayfair contained any information beyond what has been widely shared online.”

As the internet provides seemingly endless access to information at the click of the button, it’s also a breeding ground of misinformation and “fake news.” With that, the mission to “save our children” from false prey has returned.

“It is disappointing to see that certain groups are bringing [the slogan] back as a weapon,” O’Hanian said. “I suspect that we’re going to continue to see this as a weapon for a while.”

Christiana Lilly is a freelance journalist who covers health, religion, law and activism impacting the LGBT community. Her reporting has been recognized by the Society of Professional Journalists Florida chapter, Florida Magazine Association, and the Florida Press Club.

The American Dilemma: We’re suffering from incrementalism caused by the religious majority