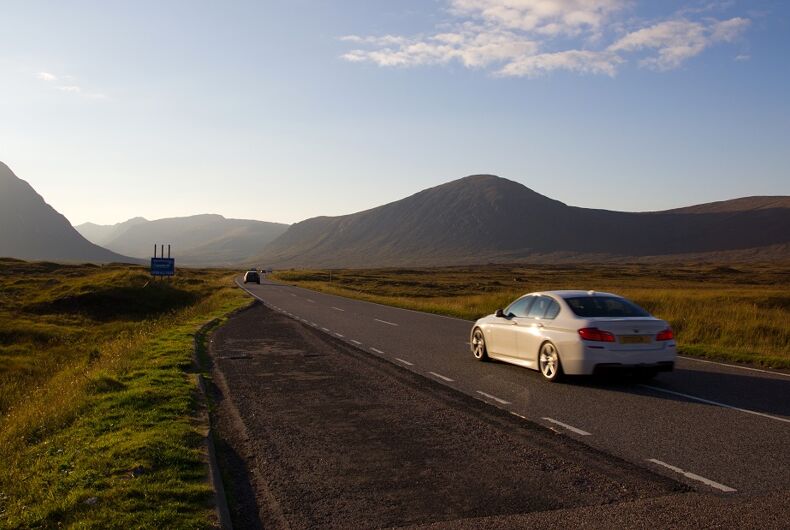 A father threatened to kill his 19-year-old daughter when she came out to him on the phone and then drove 500 miles without stopping to confront her.

The woman, who goes to college in Narbonne in the south of France, said that she started dating another woman and was slowly coming out to her friends as a lesbian. Last week, she called her father who lives in the northeastern city of Strasbourg and came out to him.

Related: This video of a dad accepting his lesbian daughter will warm your heart

The man, 52, would later tell investigators that he was trembling with anger when his daughter came out to him. The daughter said that he threatened to kill her during their phone conversation.

On Friday morning, he got in his car and drove all the way to her college without stopping.

According to l’Indépendant, the father found his daughter just outside the university and shouted at her, again threatening to kill her.

The young woman ran into a building and hid. A university employee blocked the man from entering while the daughter called the police on her phone.

The man was immediately taken into custody and is being held until trial. His daughter, her girlfriend, and her mother have filed criminal complaints against the man.

A spokesperson for the public prosecutor’s office said that the man had “a disproportionate reaction” to his daughter’s coming out. He has a hearing today.

Historical photos of men in love: Under the paper moon

Carole Baskin of “Tiger King” comes out as bisexual