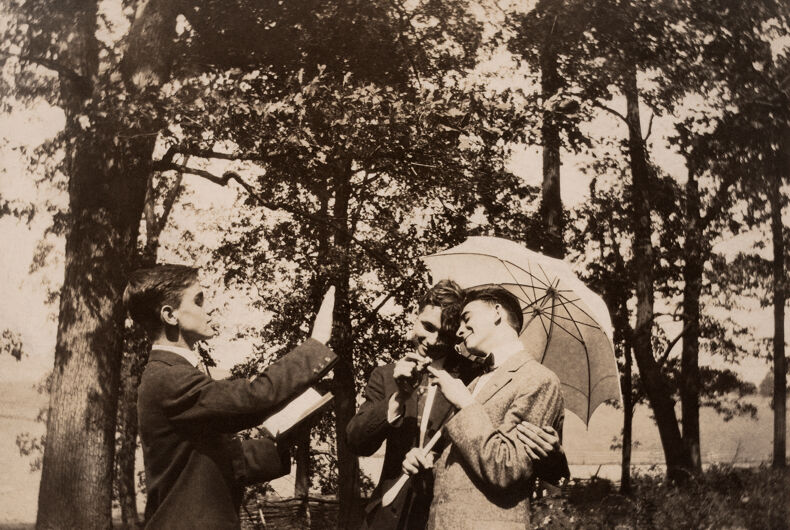 You may kiss the groomPhoto: Courtesy of the Nini-Treadwell Collection

Hugh and Neal: Marriage between people of the same gender, apparently, isn’t the new concept we’ve been led to believe it was. In our collection, we have several vintage photos of male couples marrying. They come from all over the world, but this photo is from the United States.

There is a tone of levity in it, but the choreography of the individuals is too deliberate to be a gag. Add to that, it’s been kept safe, for as many as 120 years, by someone. Beneath the theatricality of this photo is the “Willing To Be Married” sentiment expressed in others throughout our collection.

Kids raised by same-sex couples do better in school