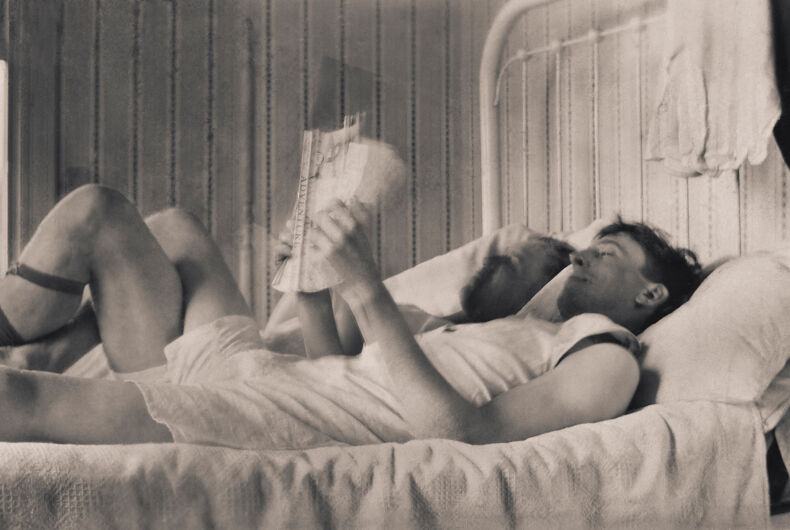 A rare photo of two men in bed together as a couple.Photo: Courtesy of the Nini-Treadwell Collection

Hugh and Neal: Taking a photo as a male couple, embracing, holding hands, or snuggling close, was a bold undertaking.  Even bolder, however, is the couples who took their photos as they relaxed, or embraced, in bed together.

This amazing photo dates from around 1910. This halcyon image of a loving male couple, relaxing in bed, with legs intertwined, and reading Adventure Magazine, is breathtaking for its boldness.  But it also invites us to share in their solitude and tranquility.  The magazine they’re reading debuted in 1910.

They were certainly on an adventure of their own. But we doubt that they could have foreseen that their adventure would be a double-page spread in an art book that would be published all over the world over a century later.

It is up to voters to deliver justice for Breonna Taylor & her family. It’s up to you.

The first Rainbow OREO cookies are here. There’s only one way to get them.