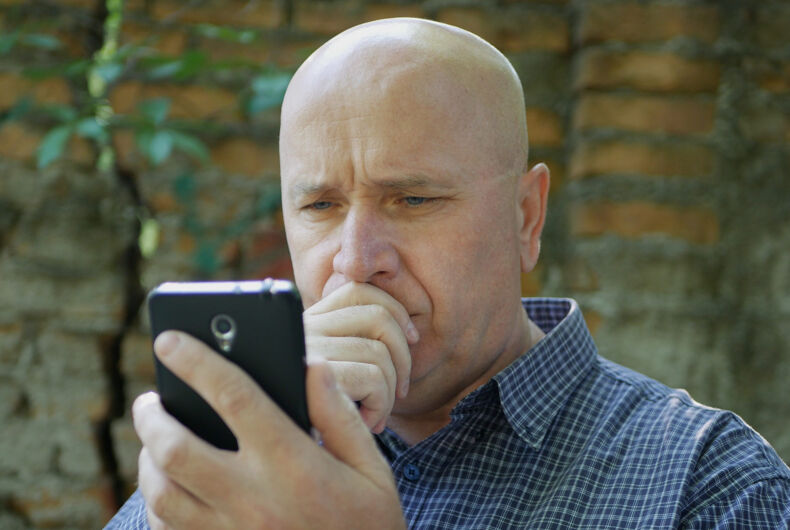 An anti-transgender hate group plans to target a million Democratic and independent voters in Pennsylvania with texts that claim presidential candidate Joe Biden supports “sex change operations” for eight-year-olds. He does not.

The text claims to have come from a “Democratic volunteer” for the conservative Super PAC.

The text links recipients to a video manipulated to make it appear the candidate endorses gender confirmation surgery for pre-teens. The footage comes from a town hall held in Pennsylvania and Biden’s answer to a question from the mother of a transgender girl.

Biden said “there should be zero discrimination” against transgender people. He did not mention anything about medical care.

The American Principles Project (APP), an anti-LGBTQ organization behind other anti-trans political ads this year, knows that the ads are false, but still defended the deception.

“We finally got him on camera saying this,” Terry Schilling, the group’s Executive Director told the Philadelphia Inquirer. “It makes it more powerful than having a narrator have to say this all on camera.”

When the reporter pointed out that Biden never says that – only the narrator does – Schilling dodged, saying it was “up to Joe Biden to come out and explicitly” deny the fake allegation.

“That’s what happens in politics,” he said. “We’re connecting the dots and making a claim.”

The PAC recently spent money in Michigan on three anti-trans videos targeting Biden and Sen. Gary Peters (D) and claiming they are aligned with “gender activists” who seek to harm children and female athletes. The star of the ads is a former drag queen with a troubled background who is touted as “ex-transgender.”

Historical photos of men in love: I now pronounce you