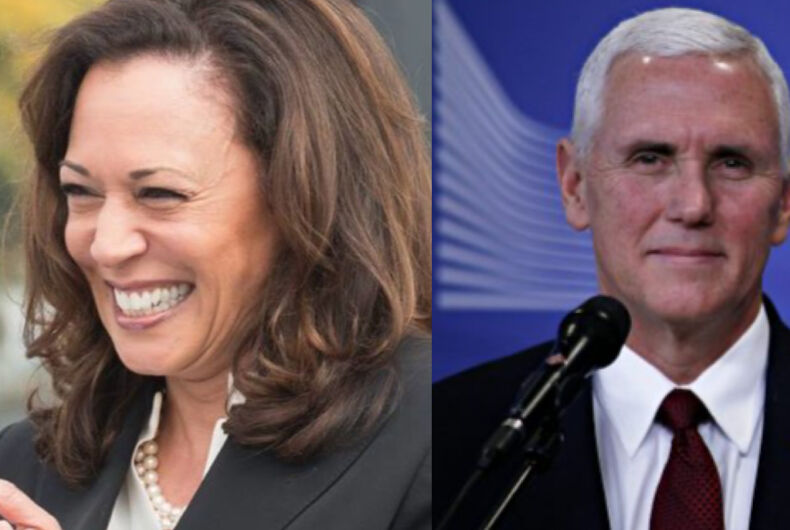 Kamala Harris (left) and Mike Pence (right) will face off in the first Vice Presidential debate on October 7, 2020.Photo: File/Composite

On October 7, only 5 days will have passed since it was revealed that President Donald Trump was diagnosed with COVID-19, and subsequently hospitalized.

And – barring any changes in his status – the Vice Presidential debate for 2020 will go on.

The debate between the incumbent, Vice President Mike Pence, and the challenger, Senator Kamala Harris, will be held at the University of Utah’s Kingsbury Hall in Salt Lake City, Utah this Wednesday. The moderator is Washington Bureau Chief Susan Page of USA Today. Masks will be required for every person in the debate room (except these three).

Page, tasked with following up Fox News’ Chris Wallace, is already under exuberant pressure. Given how Wallace struggled to get Trump and former Vice President Joe Biden to adhere to the rules – leading to a debacle on live television that no one enjoyed – Page will be tasked with enforcing the rules with two, less-unpredictable candidates.

The question of her impartiality is now front and center as well. Page faces scrutiny for previously hosting a taxpayer-funded event in 2018 that honored two women members of the Trump administration, Seema Verma and Heather Wilson. USA Today, defended the events as normal in political circles and often hosted by veteran woman journalists.

In addition to all of that, LGBTQ activists have demanded her attention. On Thursday, several groups representing 11 million LGBTQ voters and 57 million “Equality Voters who prioritize LGBTQ issues” sent a 3-page letter to Page and the Commission on Presidential Debates, asking that she “address LGBTQ issues at the upcoming debate.”

“[The voters] need to hear the candidates address these critical issues and their vision for our future…Our community is in crisis,” the letter states. “In 2016, moderators did not ask candidates a single question about LGBTQ issues across four debates. You have the opportunity to change that,” it points out.

They cite: the effects of COVID-19, the discrimination allowed by ‘religious freedom’ rules, “hate-fueled violence”, and bullying of LGBTQ children, among other reasons. They also outline, with specifics, Pence’s long history of anti-LGBTQ action and rhetoric. Vice President Pence and Senator Harris “have deeply divergent records on equality that should be highlighted for Americans,” the letter points out.

The debate questions are solely determined by Page and will not be shared publicly before hand, so we’ll only know if she’s heeded to the letter on Wednesday.

The Commission, which oversees the debates, has reportedly made some changes in light of these events – while refuting others. After the Biden/Harris campaign “raised a health and safety objection” with the Commission, they have put more distance between the two candidates. They will now be a planned 12 feet apart as opposed to seven feet. Biden and Trump were standing 12 feet, eight inches apart behind podiums in their first debate.

The candidates will remain seated, as the Trump/Pence campaign asked for, denying the request of the Biden/Harris campaign that they stand. It also appears the candidates will not be tested on-site, but expected to have received a negative test result from in-campaign testing before entering the debate facilities.

Harris has already travelled to Utah and is doing her debate prep in-state. Pence, meanwhile is slated to stay in Washington filling in for Trump until at least late Monday, when he’ll travel to the Beehive State.

Then, he’ll go right back to campaigning, despite the President’s absence and several Republican members already turning up positive for COVID-19 since last week. Even former Trump officials are advising against it, but the Vice President and Trump’s family will be “out in full force” in the coming days, the campaign has announced.

Gay couples swarmed the #ProudBoys hashtag on Twitter & it was glorious