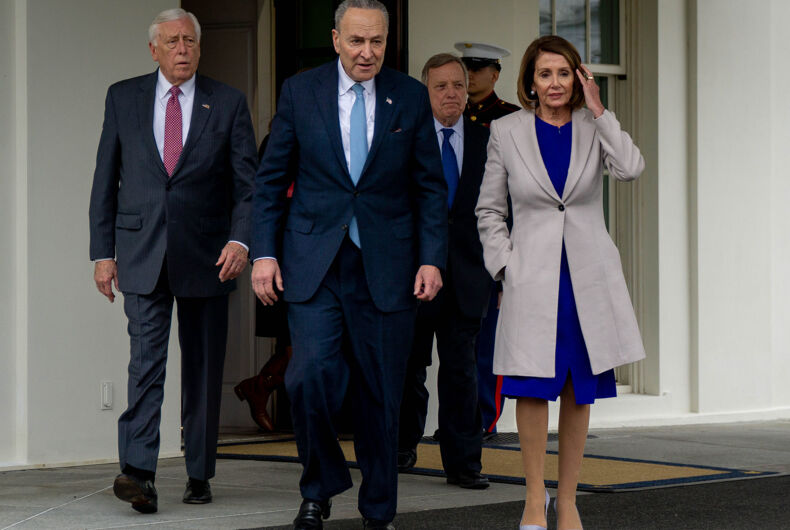 12 years ago, I shed tears of joy on election night. I never thought I’d see a Black person elected president – but there he was.

Barack Obama, the newly minted President-elect, told the country that night: “If there is anyone out there who still doubts that America is a place where all things are possible, who still wonders if the dream of our founders is alive in our time, who still questions the power of our democracy, tonight is your answer.”

I also never thought I’d see a presidency so completely eviscerated in less than two years, as we now know that Mitch McConnell’s only goal was to limit Barack Obama to one term. Obama was re-elected in 2012 but for all practical purposes, his presidency ended when the Democrats lost control of the Senate in 2014 – so Mitch was only off by two years.

No one at this point should sit back and safely assume that Obama’s Vice President, Joe Biden, will prevail on this election day as President. With each day, however, it does increasingly seem that Donald Trump has finally dug himself a hole that even he can’t get out of.

Even if that proves to be the case, only the most immediate of problems will have been solved on January 20: Donald Trump will no longer be president. In a perfect scenario, Mitch McConnell will possibly no longer control the Senate on January 1st, either.

Rounding out the triumvirate as leader of the House Democrats is a white woman, who hasn’t held public office non-stop for quite that long as her peers but who, nevertheless, will be on the verge of turning 81 — Nancy Pelosi.

Yes, Biden’s number 2, Kamala Harris, is quite a bit younger – almost exactly the same age as me, in fact – but the Democrats have a looming, generational catastrophe on their hands.  Even if Harris quickly moves up to the top spot, that by itself isn’t going to solve the problem any more than the election of Biden’s old boss did.

I rarely find cause to offer genuine congratulations to the GOP, but I can on one thing: they have excelled at finding  members of traditionally-excluded minorities – usually of young age – to take up political arms against what, by all objective measures, is the best interests of their own people.

I’m not talking about ‘Diamond and Silk’, but those with law degrees and actual credentials that make them embraceable by professional pundits. Examples like Kentucky Attorney General Daniel Cameron, age 34, come to mind.

That’s not to say that there aren’t some young up-and-coming Democrats – nor is it to say that the youth wing of the party only exists through Alexandria Ocasio-Cortez – but it is difficult not to see that Democrats plan to leave things to the old, usual suspects.

During my voting lifetime, the faces of the GOP have grown younger and veered more and more to the right – while the Democratic leadership has grown old and remained stagnant. Dems have repeatedly failed to demonstrate any awareness that taking the high road and playing it safe has no more chance of working today than it did when the Newt Gingrich-Tom DeLay led GOP wave swamped the House in 1994, over a quarter-century ago.

Democratic House Speaker Tom Foley – then 65 – didn’t see it coming (losing his own seat in Congress) and had no idea what had happened after the fact. Gingrich became leader, then Speaker of the House, right at the most pivotal moments in then-President Bill Clinton’s administration.

By 1998, Gingrich had become very unpopular, but he merely lost a few GOP seats while his party still managed to retain control. That’s what mattered, as he was on his way to Punditland before that year’s lame duck session was even over.

Does Pelosi, who was 70 in 2010, actually understand what happened in that year’s mid-term elections? I’ve yet to hear a cogent explanation for why she was allowed to remain as the Dems’ House leader after that disaster, when her party lost 63 seats.

I’m not encouraging age discrimination (which, at this point, is more of a factor keeping me out of academia than anti-trans discrimination). Old age by itself isn’t the problem, because who among us wouldn’t give anything for an 80-year-old John Lewis to still be alive, making ‘good trouble’ on the political stage?

The moderatism that Biden, Schumer, Pelosi and her 81-year-old Majority Leader, Steny Hoyer, practice isn’t the problem alone either.

The problem is the much broader notion of old thinking.

‘The Squad’ is not the sole alternative, but Democrat’s open lack of willingness to embrace the youth and progressiveness that come with Ocasio-Cortez, Ilhan Omar, Ayanna Pressley and others is not fruitful. In fact, it is a cancer.

Are Biden, Schumer, Pelosi and Hoyer truly inspiring as the election approaches?  Do any of them seem poised to be, in any way, inspiring in the immediate future? To bastardize the late Leonard Cohen’s famous lyrics, “I have seen the future: It is another 2010.”

Yes, Joe Biden is not Donald Trump.  That may be prove to be enough for him and other Democrats to become victorious on November 3rd – but it won’t be on the 4th. Nor will it be on January 20th, nor is it likely to be on Nov. 8, 2022.

Is the Democratic Party willing to acknowledge that?

Is Ivanka Trump a lesbian? Donald Trump Jr.’s ex-girlfriend claims she can prove it.