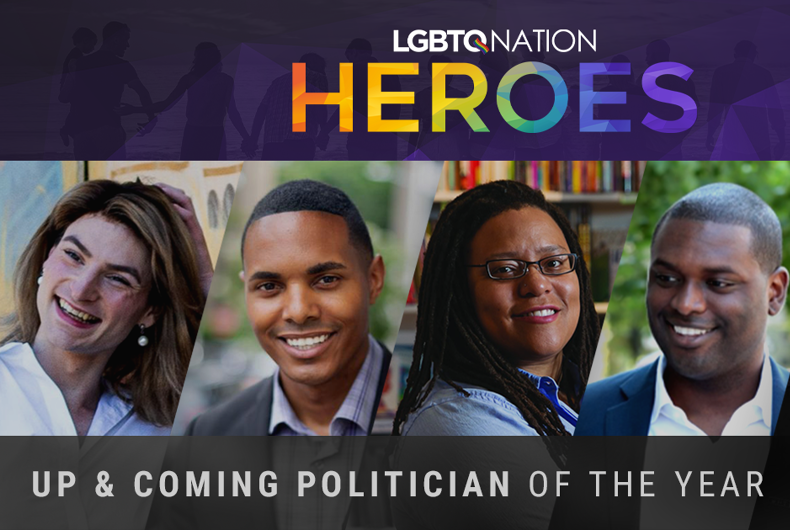 Who will be LGBTQ Nation's Up & Coming Politician of the Year?

The LGBTQ Nation Up & Coming Politician of the Year award honors the best representation of the LGBTQ community in a bid for public office.

Although the number of out candidates running for office has significantly increased over the past several years, politics remains a predominantly straight, cisgender arena. It takes courage to run for office as an out candidate; often battling legacies of inequality and stigma. This award goes to the politician who has been loud and proud in their local or national races.

The nominees for 2020 Up & Coming Politician of the Year 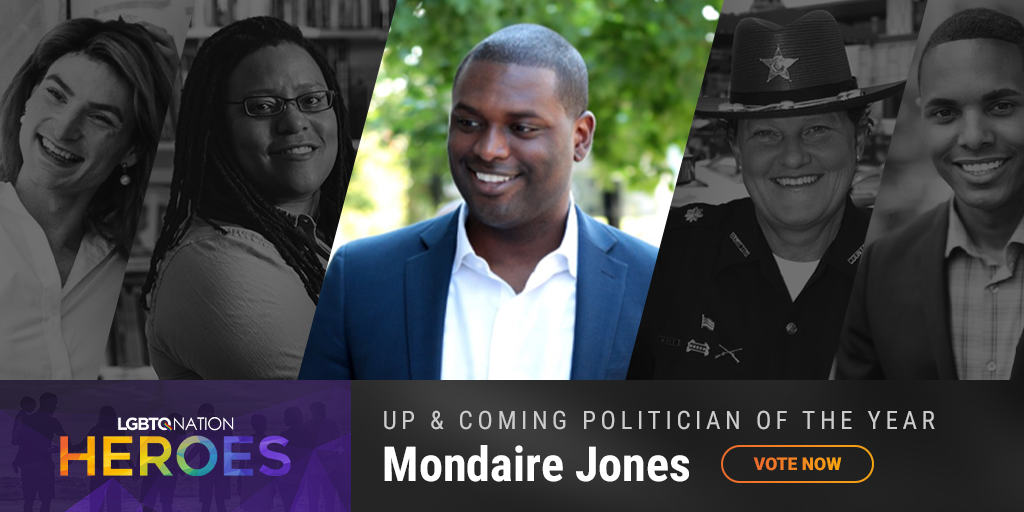 Attorney Mondaire Jones will likely be the first out Black man elected to Congress after winning the Democratic primary in New York’s 17th District.

Jones is an alum of Stanford University and Harvard Law School. He worked in the U.S. Justice Department and Westchester County’s law department and has also volunteered pro bono hours for the Legal Aid Society. Jones served on the National Board of Directors in the NAACP at age 19 and co-founded the youth non-profit Rising Leaders Inc.

He won the Democratic primary with 42% of the vote in one of the most Democratic-heavy districts in the country. 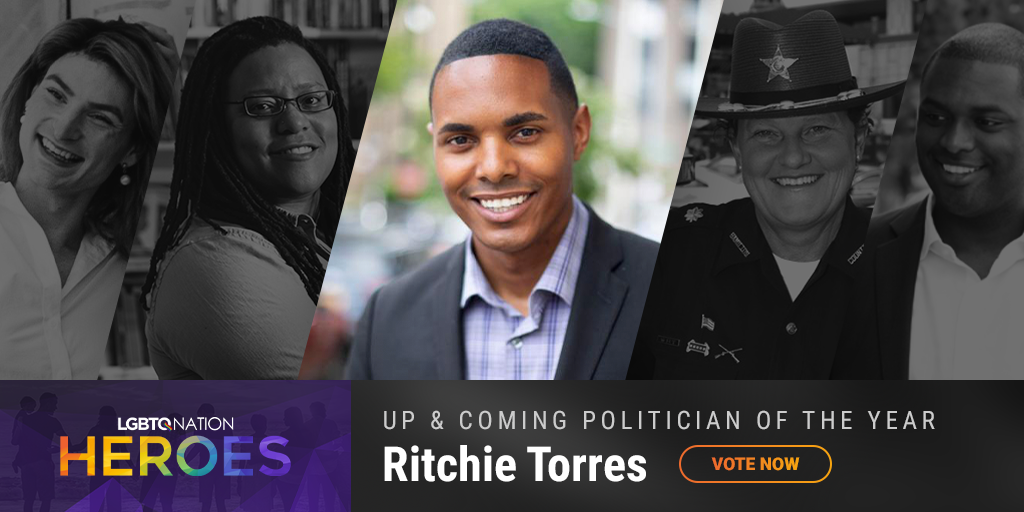 Ritchie Torres, a New York City councilmember, will likely be the first gay Afro-Latinx congressman after winning the primary in the “Most Democratic District in America.”

Elected to the City Council in 2013, the Bronx native is the chair of the Council’s Committee on Public Housing and Oversight and Investigations Committee. With his help, the Bronx’s first LGBTQ youth homeless shelter was opened and funding was secured for LGBTQ senior centers across the city.

He won the Congressional primary after recovering from coronavirus, and defeated Democrat Ruben Diaz Sr., known for inflammatory comments about LGBTQ people, like claiming that the City Council was “controlled by homosexuals”.

The New York Police Department’s union recently attacked Torres with a homophobic slur, prompting him to respond with, “I’m here. I’m queer. I’m not going anywhere. And whether you like it or not, I’m heading to the United States Congress.” 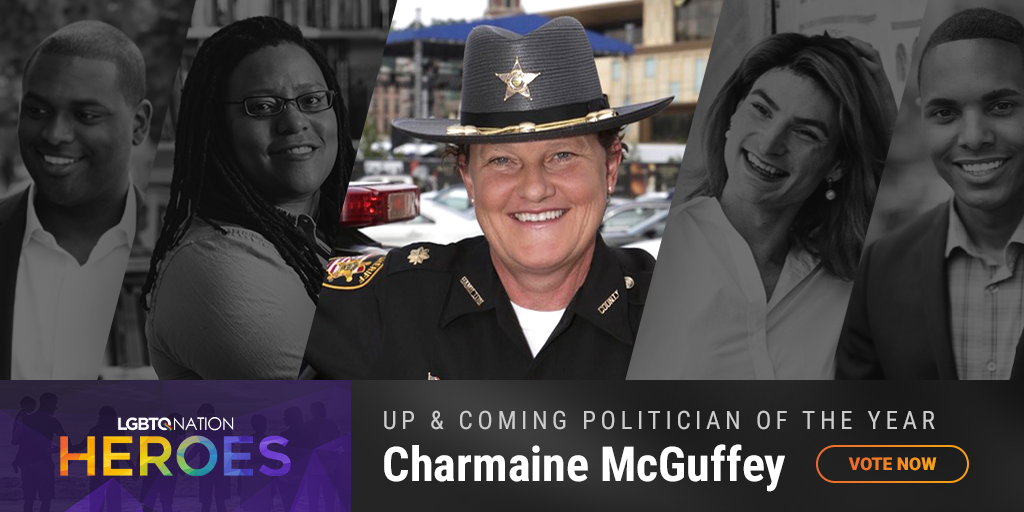 Lesbian deputy Charmaine McGuffey was fired from the Hamilton County, Ohio Sheriff’s Office, so she challenged – and beat – her former boss in the primary election. Despite previous accolades such as “Officer of the Year,” she says the current sheriff fired her because she’s an out lesbian, but now she’s getting sweet revenge.

Carrying endorsements from Sen. Sherrod Brown, former Rep. Gabrielle Giffords, and former Mayor Roxanne Qualls, the Cincinnati native served for 33 years in the Sheriff’s department she’s poised to head – earning the title of Major.  McGuffey was previously Captain of the Training Academy, the Honor Guard, and lead hostage negotiator of the Special Response Team. Before filing for retirement, she was the first female Commander in the department’s history, supervising the county’s Jail and Court Services division.

She was fired and demoted in 2017, and currently has a lawsuit against her predecessor and former superior, alleging that he unfairly discriminated against her because she is a lesbian and raised questions about the department’s consistent excessive force issues. She was terminated before she could retire. 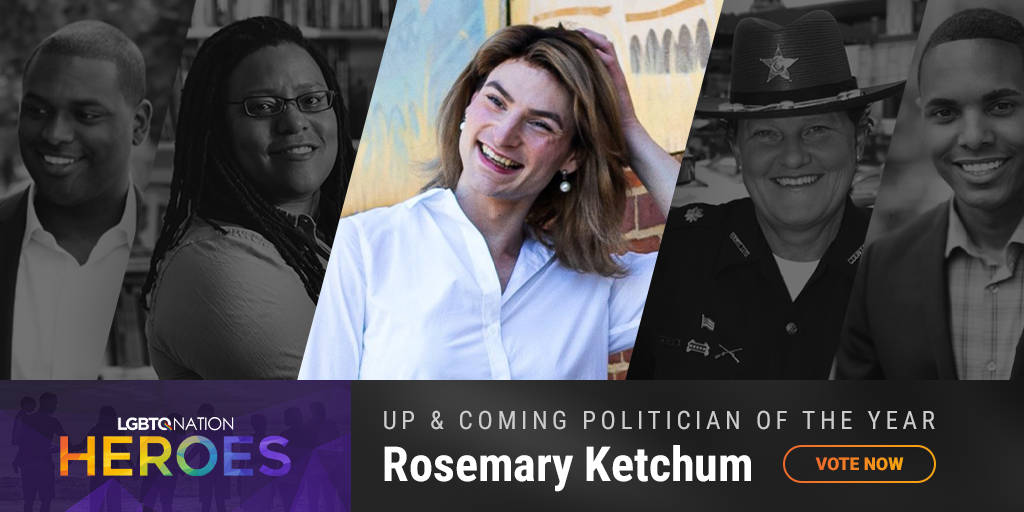 Rosemary Ketchum became the first out transgender person to hold elected office in West Virginia after being voted onto the Wheeling City Council.

Ketchum was previously an associate director of the mental health service center Marian House and a member of the National Alliance on Mental Illness. She is a first-generation college graduate, receiving a Bachelor’s in Psychology from Wheeling Jesuit University. At 26, Ketchum has also worked with the ACLU of West Virginia and the Wheeling Human Rights Commission.

She is a leading critic of the current Republican-controlled state government and is out to show people the true nature of West Virginians. 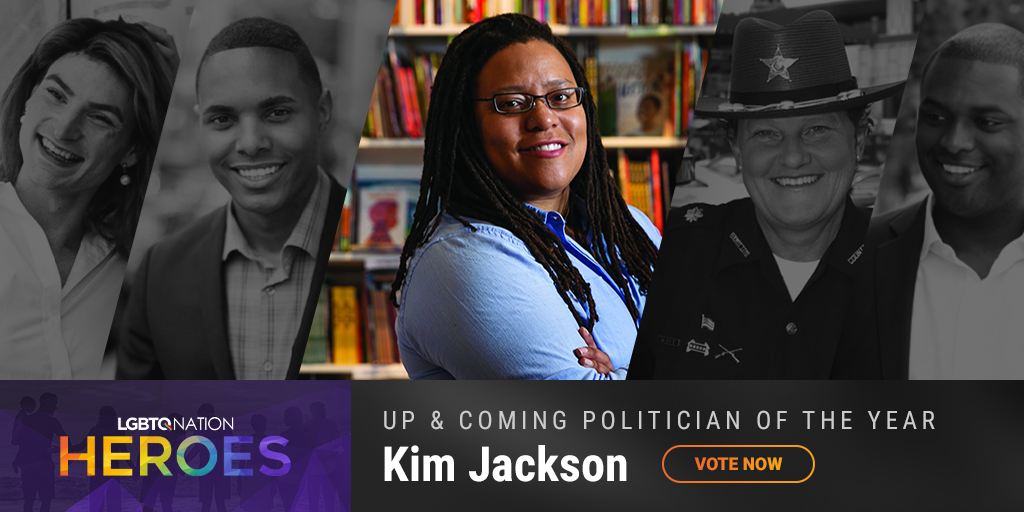 Kim Jackson, one of Emory University’s “40 under 40” recipients, is a Black Episcopal priest currently running to be the first out LGBTQ person ever elected as a state senator in Georgia.

After graduating from Furman University, she served as a volunteer EMT while attending Emory’s School of Theology. Jackson received a commendation from the state House of Representatives for “tireless efforts on behalf of the disenfranchised, disenchanted, and dispossessed” by assisting in the passing of legislation to assist rape victims.

She is cited as the first out person of color to be ordained as a priest in the 100 year history of the Episcopal Diocese of Atlanta, and she regularly counsels students of Morehouse, Spelman, Morris Brown and Clark-Atlanta Colleges.

Jackson received national recognition in 2015 while present in Ferguson, Missouri during unrest following the death of Michael Brown. She resides near Stone Mountain with her partner and is the interim Vicar of the Church of the Common Ground.