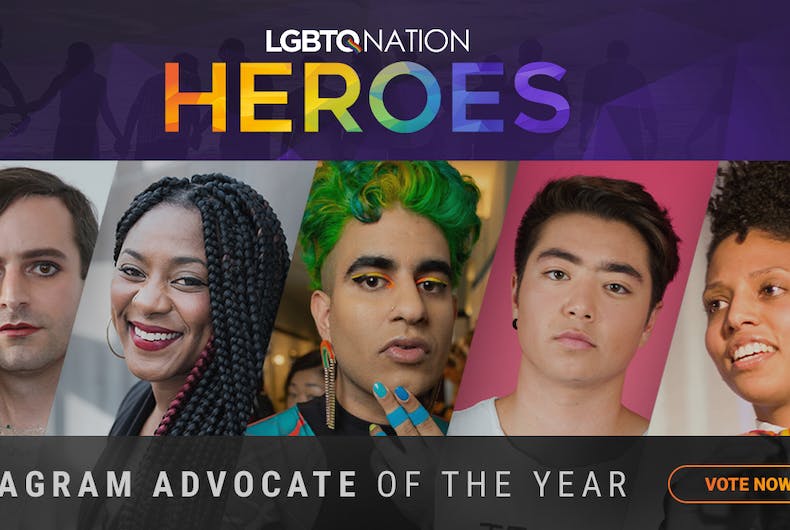 Who will be LGBTQ Nation's Instagram Advocate of the Year?

LGBTQ Nation’s Instagram Advocate of the Year award honors the most effective use of Instagram for LGBTQ Advocacy.

This person engages with other Instagram users to educate and inspire, to uplift and to advocate. They create original visually compelling content, share unique perspectives, and amplify the voices of underrepresented community members by leveraging their platform in new and unique ways. They capture moments of truth and are unapologetic about sharing them. 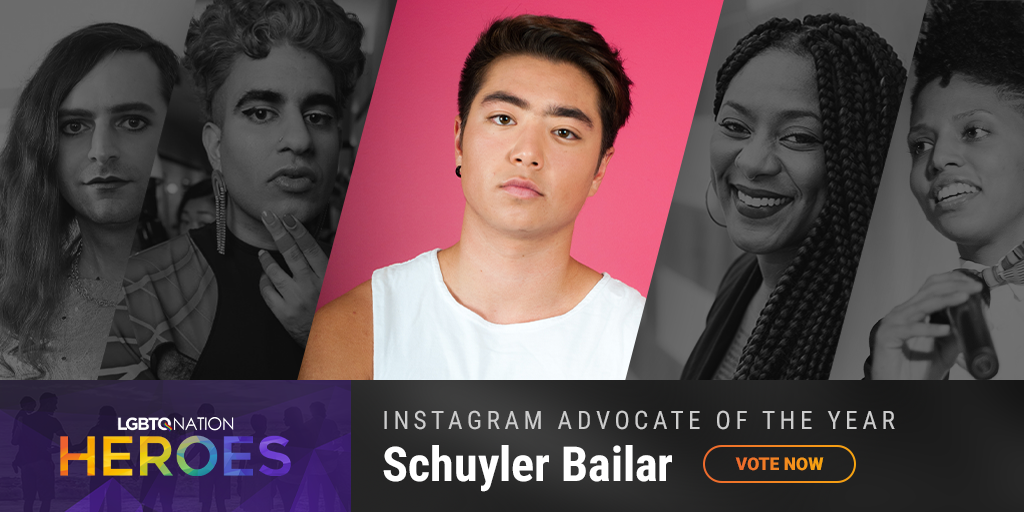 Bailar’s page, with over 120,000 followers, provides a visual representation of the lives of not only trans athletes, but trans people across the world. Bailar not only posts about body positivity, mental health, and gender dysphoria, but also speaks about it in schools and other institutions. He also helps to ensure inclusion through advisory positions with companies such as American Eagle, Qualcomm and Plume Healthcare.

Bailar has appeared on the Ellen DeGeneres Show, 60 Minutes, and the Olympic Channel. In addition to holding a Neuroscience and Psychology degree from Harvard University, he also is a recipient of the Harvard’s Director Award – and remains a research assistant there. 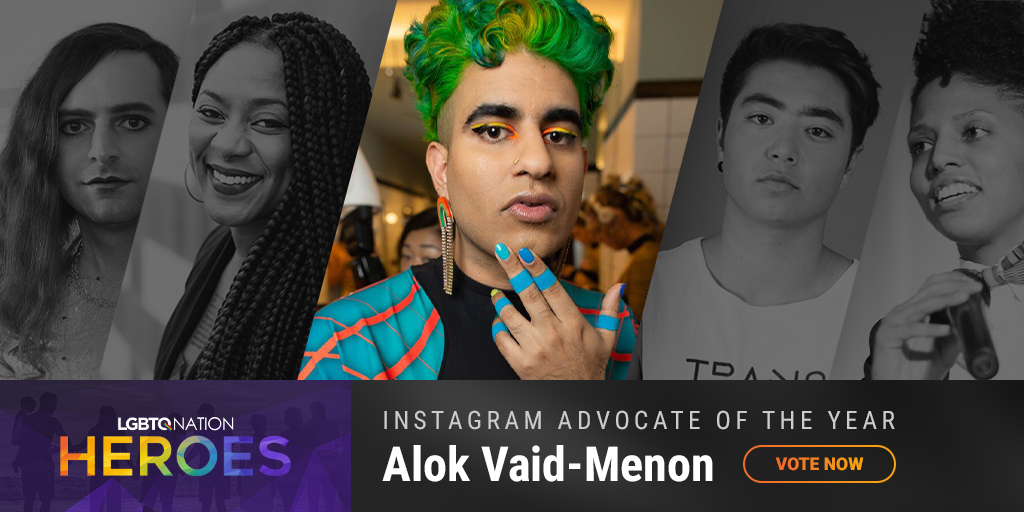 Alok Vaid-Menon is an influential author, performer, and personality who constantly explains why we need to #degenderfashion and think beyond the gender binary.

A graduate of Stanford University hailing from College Station, Texas, Vaid-Menon authored the book Beyond the Gender Binary published this June which follows the 2017 poetry book FEMME IN PUBLIC. Their work in written, visual, and performance venues have appeared in at least 40 countries and 50 publications.

Outside of their widely acclaimed work, Vaid-Menon shares news and inspiration to over 400,000 people regularly through Instagram. They were also included as an honoree in NBC’s Pride 50 and the OUT 100 lists. 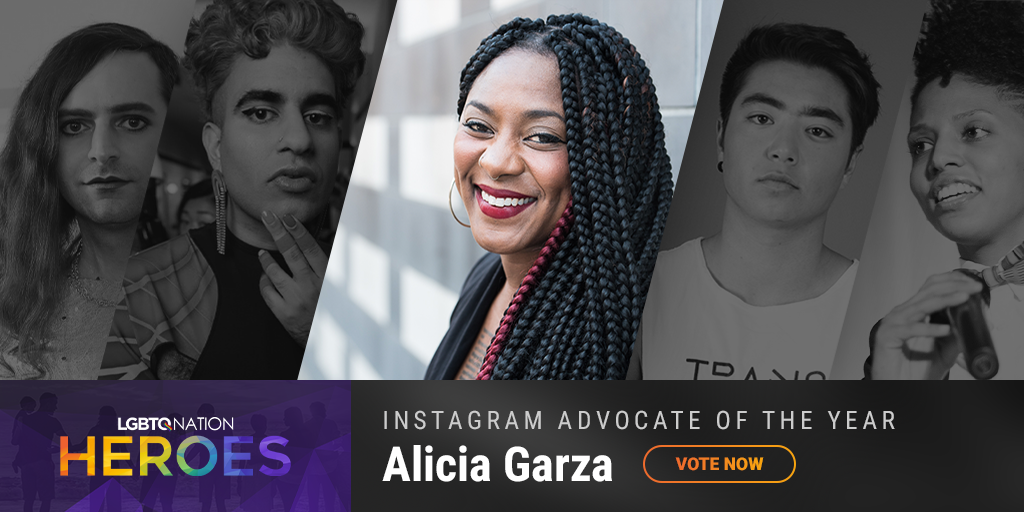 A queer organizer from Oakland, Garza hosts the Lady Don’t Take No podcast and as a co-founder of the Black Futures Project, Garza has continued to make a difference by advocating against political violence.

In addition to Black Lives Matter and the Black Futures Project, she also co-founded The Movement for Black Lives and Organization Supermajority, and is currently the Special Projects Director for the National Domestic Workers Alliance. Her first book, The Purpose of Power: How We Come Together When We Fall Apart, is scheduled for publications this fall.

She was honored as a Marshal of the 2015 Oakland Pride celebration. 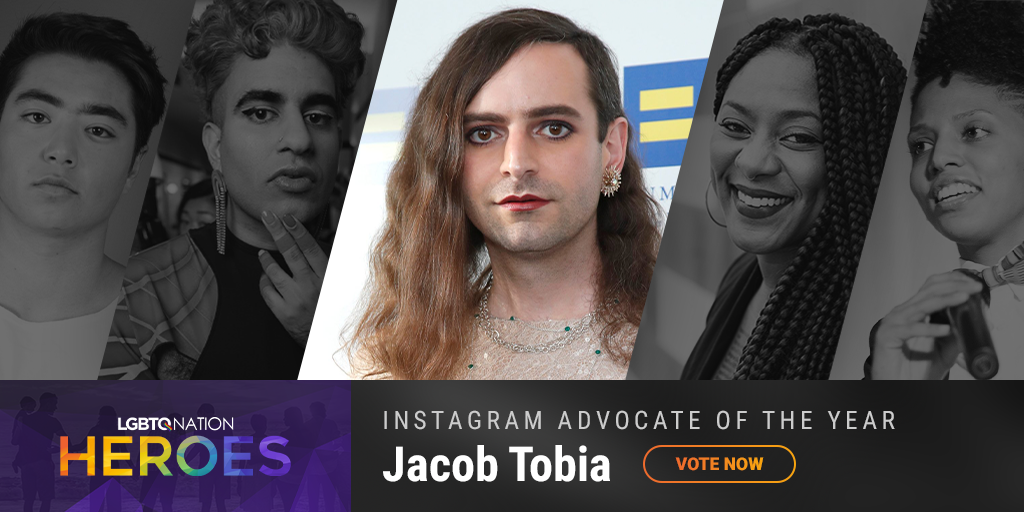 Jacob Tobia, the “complete gender disaster” author of “Sissy: A Coming-of-Gender Story,” tackles transphobia and brings visibility to gender theory. They have recently garnered attention for their clapbacks at author J.K. Rowling, and previous endorsement of Bernie Sanders for President.

In 2016, they were the host of the NBC Out “Queer 2.0” weekly series. Additionally, they are proud to have “worn high heels in the White House twice.” 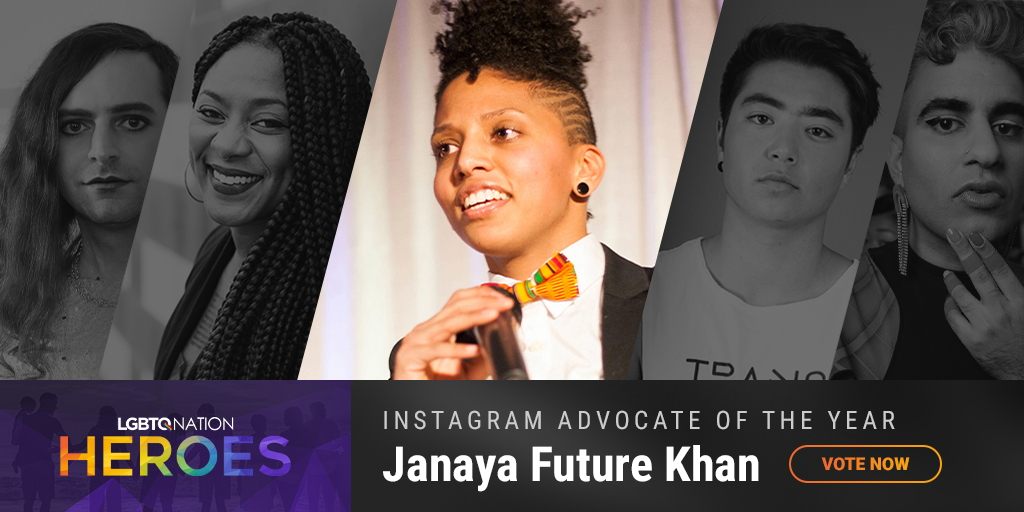 Janaya Future Kahn is an activist, storyteller, and international ambassador for Black Lives Matter who captivates their audience weekly with their Sunday Sermon.

A futurist that has been featured in Vogue, CNN, NPR, and more, Khan advocates for transfeminism, living beyond the gender binary, and prison abolition. Khan, who is queer and gender non-conforming, co-founded Black Lives Matter in Canada with the creation of its Toronto chapter in 2014. They are also an author, lecturer, and boxer.

This teacher was told to take down her Pride flag. Her gutsy response has gone viral.