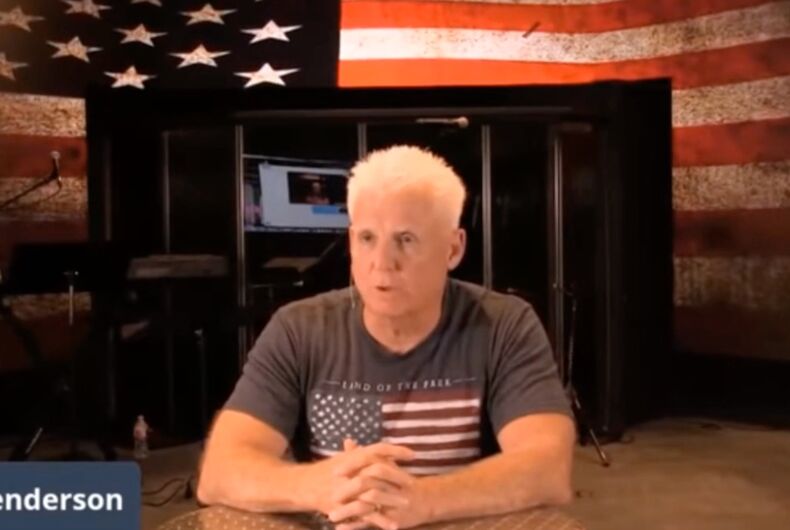 Robert Henderson, a Texas pastor who has declared himself President Donald Trump’s “spiritual running mate” because God answered his prayers to elect Trump in 2016, attended a meeting of evangelicals in Washington, D.C. recently. While he was there he prayed for Supreme Court Justice Ruth Bader Ginsburg to die.

Now he’s telling his followers that God has answered his prayer again.

“That’s no accident,” he claimed.

“We were in the meeting on Monday night in D.C., and I told them, I said, ‘Look, we need to go into the courts of Heaven right now while we’re on-site in D.C., and we need to shut the mouth of the lion, judicially.’ We need to ask for a judgment against the lion that has actually been devouring and intends to devour from the Supreme Court,” he recounted. “We need to get a judgment against this lion that Paul said God shut the mouth of.”

“So, I led us into that place. Well, guess what? Ruth Bader Ginsburg has passed away. President Trump will establish a new Supreme Court justice. That’s no accident.”

RightWingWatch points out that Henderson is referring to 1 Peter 5:8, which says that “your enemy the devil prowls around like a roaring lion looking for someone to devour.”