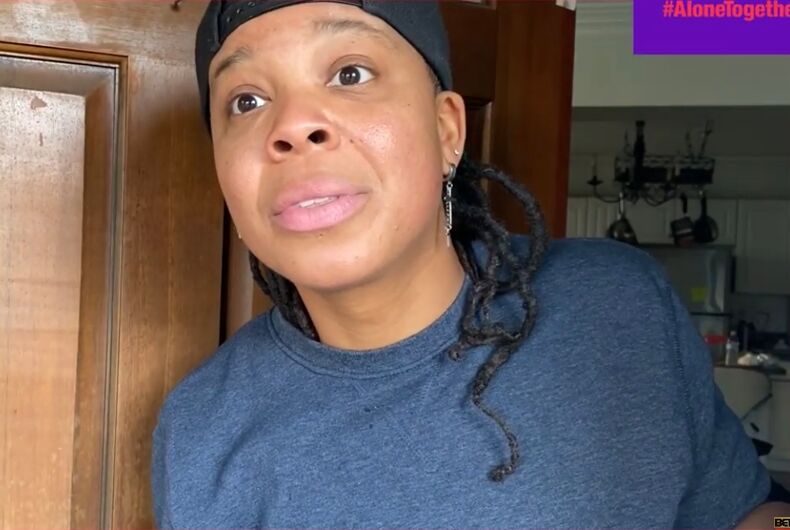 Saturday Night Live has made Punkie Johnson their newest lesbian cast member. Johnson, one of three new additions to the cast for this upcoming season, will be a featured player alongside fellow new faces Andrew Dismukes and Lauren Holt.

That makes five featured players in total, including out actor Bowen Yang and Chloe Fineman. The entire repertory cast of 15 (including the newly promoted Ego Nwodim) is returning for season 46.

Johnson will be the seventh LGBTQ person on record to star in NBC’s flagship series, and the first Black lesbian to star while being out. Danitra Vance was the first Black lesbian cast member after starring in Season 11 in 1985. While her sexuality was known, Vance did not come out until after her death from breast cancer in 1994.

While their announcement of actor Jim Carrey as their new resident Joe Biden impersonator became the talk of the town, there is buzz around Johnson coming to SNL as well.

Including Yang and fan favorite Kate McKinnon, this means that three out LGBTQ people are starring in the repertory or featured casts this year, apparently the most at one time in SNL history.

Johnson, a renowned stand up comic, has appeared in several Comedy Central shows, including Lights Out with David Spade, Crank Yankers and Corporate. She also guest-starred in HBO’s A Black Lady Sketch Show and most recently appeared in the first season of the Netflix show Space Force.

Johnson is from New Orleans, Louisiana, and has been married since 2002. She was also a regular at The Comedy Store in Los Angeles.

It’s still not clear if SNL will have an in-studio audience, let alone their usual revolving door of guest hosts or musical guests, due to the pandemic. Executive producer Lorne Michaels hopes to have a “limited” audience by the show’s premiere date of October 3.

With five episodes confirmed, these will be the series’ first in-studio shows since the pandemic cut Season 45 short, and they recorded the last three episodes of the 2019-2020 broadcast year as Saturday Night Live at Home.