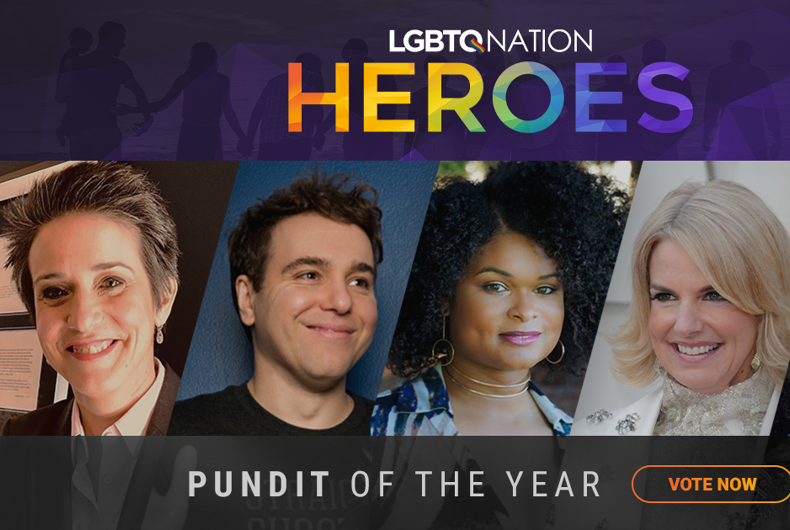 LGBTQ Nation‘s Pundit of the Year award honors the most impactful representation of the LGBTQ Community in mainstream media.

This award goes to an individual that consistently appears in mainstream media as a subject matter expert. They use their position and expertise to translate LGBTQ perspectives to mainstream audiences in genuine and impactful ways and advocate for the LGBTQ community despite hurdles or backlash. They are highly respected, ahead of their time, and are responsible for changing hearts and minds on a national, or international, scale.

The nominees for 2020 Pundit of the Year 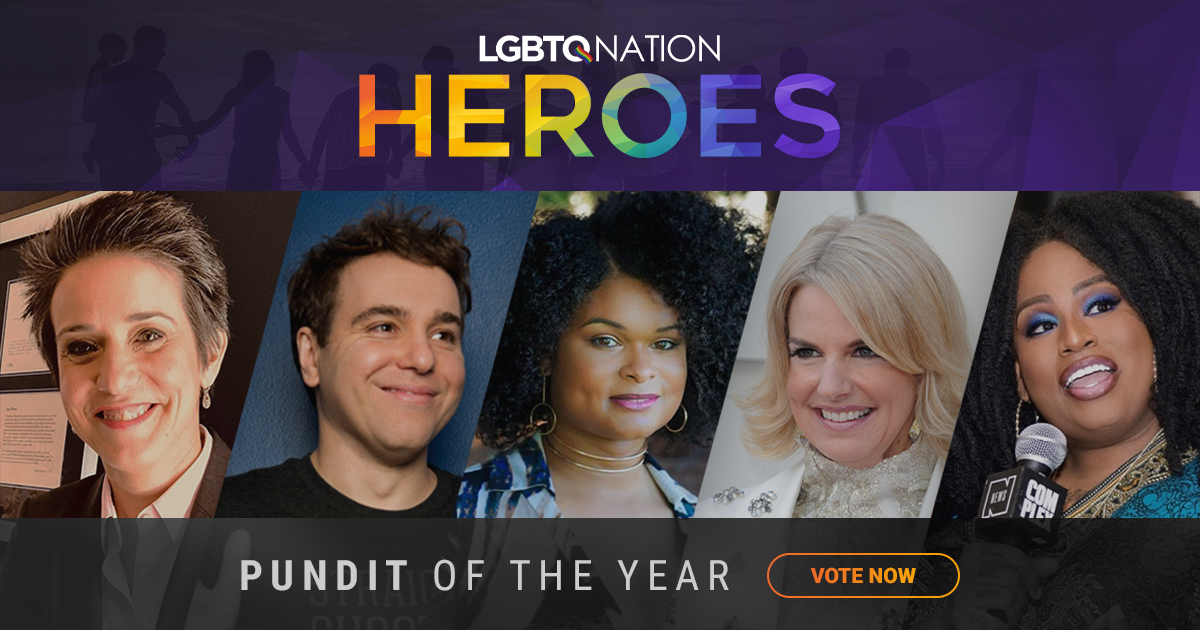 Ashlee Marie Preston was the first trans woman to serve as editor-in-chief for the feminist magazine Wear Your Voice and was a campaign surrogate for Elizabeth Warren’s presidential bid.

Preston has previously worked at the Human Rights Campaign, chaired the Stonewall Democratic Club on Trans Issues, and created the mutual aid campaign #YouAreEssential. She hosted the REVRY Studios podcast Shook with Ashlee Marie Preston and gave a TEDx Talk at TEDxPasadena on intersectionality and trans people in 2018.

Preston’s commentary has also appeared on The Young Turks, Democracy Now!, TMZ Live, and Entertainment Tonight. She has received honors from Out Magazine, NewNowNext, The Root, Essence, PopSugar, and Coca-Cola, among others. 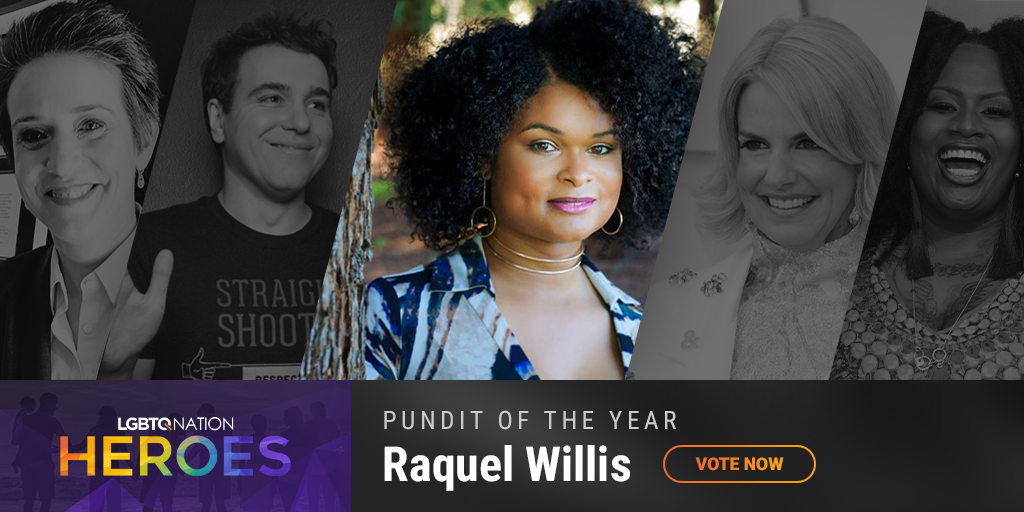 Former executive editor of Out magazine Raquel Willis is an award-winning journalist who shines a light on the violence and erasure facing the trans community in her thoughtful essays and television appearances.

As an activist, she has led Trans Liberatory Tuesday, designed the Black trans flag, and works currently as Director of Communication at The Ms. Foundation for Women. Formerly, she was a national organizer at the Transgender Law Center where she created the Black Trans Circles Project.

Willis has made appearances on ABC News, Tamron Hall, and the BBC, and in publications Autostraddle, GQ Magazine, HuffPost, Variety, VICE,  and more. Her debut essay collection The Risk It Takes To Bloom is expected to be published in 2021. 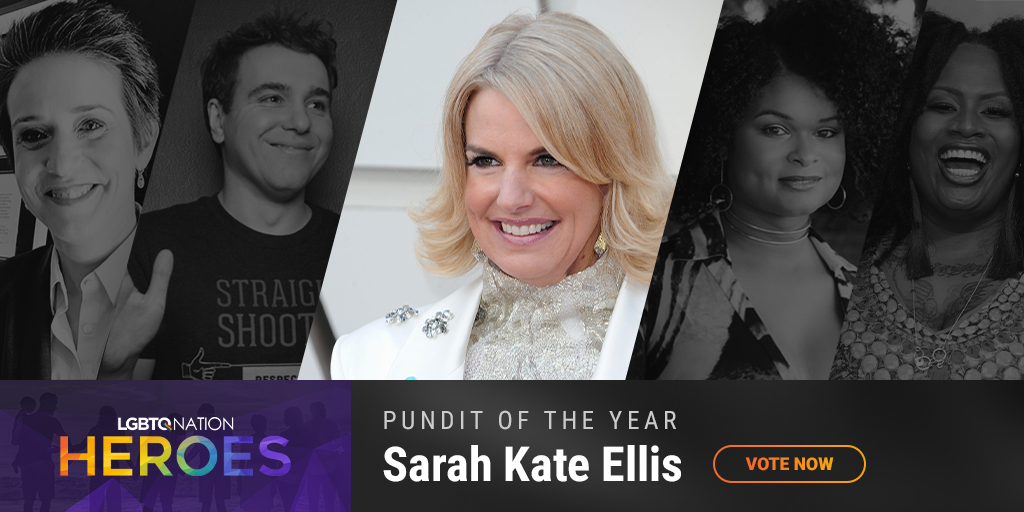 Sarah Kate Ellis, the President and CEO of GLAAD, has become a fixture on progressive news shows for her sharp takes on politics and the media.

She spent over 15 years leading several publications for the media corporations Condé Nast, Martini Media and Time, Inc. Ellis has also appeared several times on C-SPAN, CNN, and HLN, among other networks.

Ellis graced TIME Magazine’s cover in 2013 following her marriage to Kristen Ellis-Henderson; the two women later penned the memoir Times Two: Two Women in Love and the Happy Family They Made. 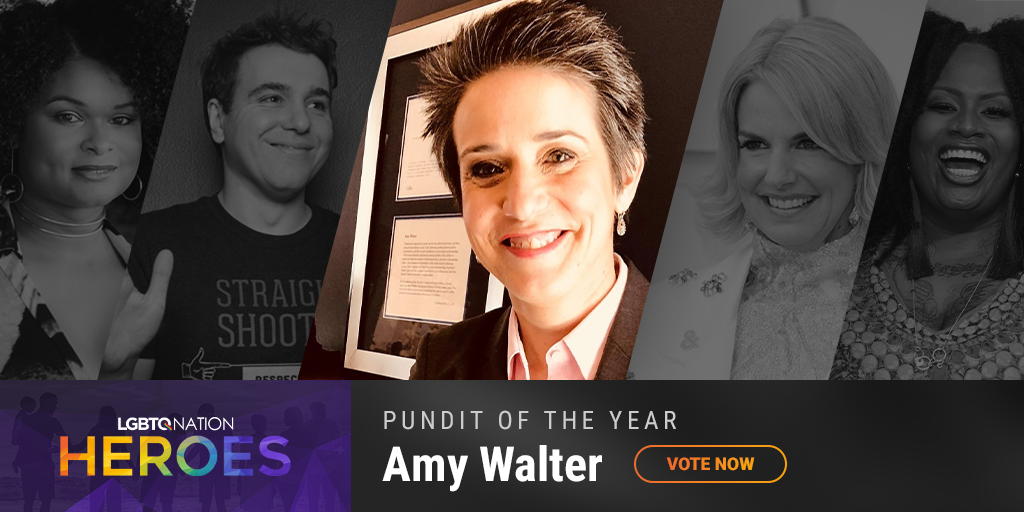 Amy Walter, the national editor of The Cook Political Report, has become a go-to source for information about the presidential election with appearances on television and online.

Walter is a TV political contributor on PBS and several networks, in addition to hosting the WNYC radio show Politics with Amy Walter. Additionally, she hosts the Friday/Saturday editions of the syndicated radio news program The Takeaway. She was previously the political director of ABC News and Editor-in-Chief of The Hotline.

Walter earned an Emmy Award as a member of CNN’s election coverage team in 2006 and a Crystal Ball Award from The Washington Post in 2000. Outside of PBS, Walter most regularly appears on MSNBC, ABC, and FOX News shows as a panelist. 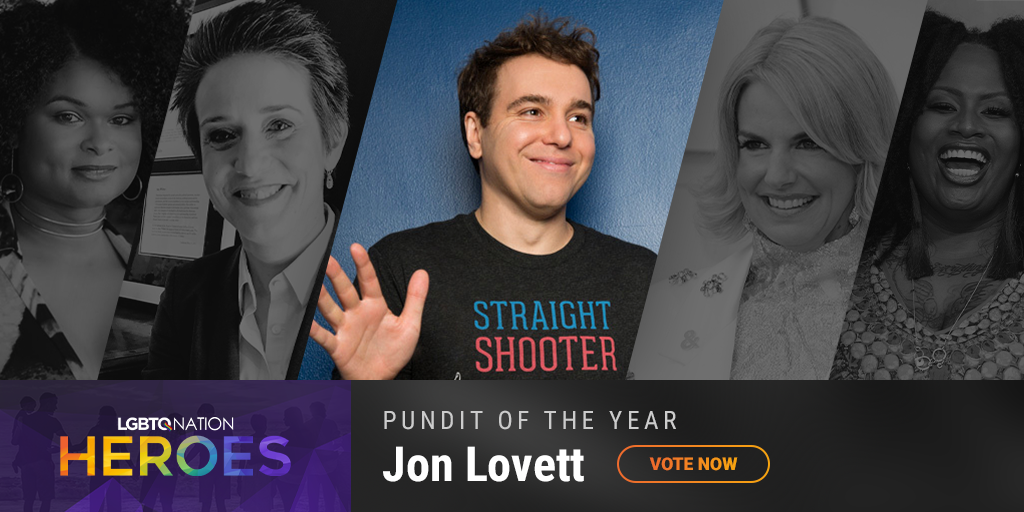 Jon Lovett, a former speechwriter for President Barack Obama and Secretary Hillary Clinton, co-hosts one of the most popular political podcasts in the country, Pod Save America. Lovett is the co-founder of Crooked Media.

Previously the creator and writer of the short-lived sitcom 1600 Penn, Lovett also hosts Lovett or Leave It. He appears regularly on The Late Show with Stephen Colbert with other appearances on The Daily Show, Drunk History, and Morning Joe.

He also lays claims to being respected on both sides of the political spectrum as “Washington’s funniest celebrity.”