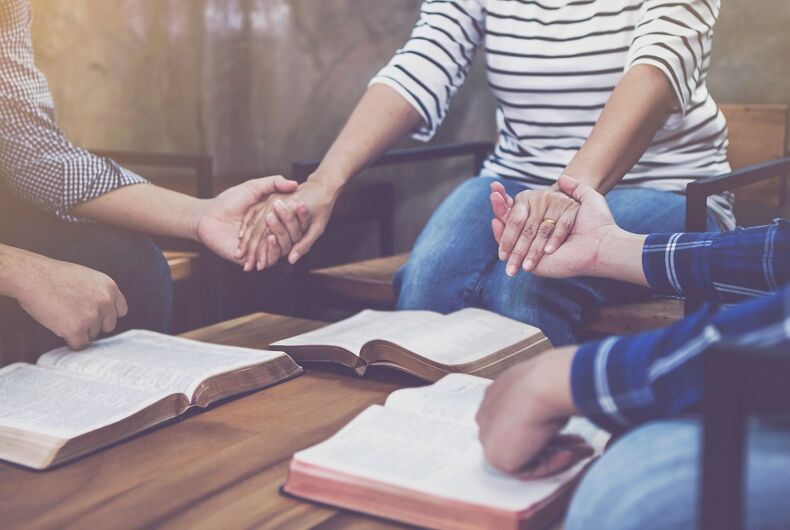 A Christian school in Texas has expelled a student for coming out as gay, and the school principal is defending his decision saying that Jesus wanted him to expel the student.

Devin Bryant, 17, has attended the Covenant Christian Academy in Dallas since he was in kindergarten, but last month his mother Consolata got a call from the new headmaster, Tony Jeffrey, telling her that Devin won’t be allowed to attend the school for his senior year because he’s gay.

Consolata told the Dallas Voice that she tried to reason with the headmaster.

“Are you a Christian?” she asked him on the phone. “Jesus would not do what you are doing.”

“I’m doing what Jesus would want me to do,” he replied.

Both her children attended the school for the past two decades, but the new headmaster told her to get “parent counseling.”

Two weeks later, Jeffrey sent a letter to students and faculty explaining why he expelled the straight-A student, citing the school’s “Doctrinal Statement acknowledging that they agree with the School on historic, orthodox, doctrinal beliefs.”

He said that the school has “deeply held religious beliefs” that include that idea that “the expression of human sexuality is appropriate only within the boundaries of a marital relationship between one man and one woman.”

Consolata said that she signed the Doctrinal Statement, which bans homosexuality, but that her son never had any problems at the school until now, even though he came out last year in an Instagram post.

“People said they are there for me,” Devin said, explaining that his teachers said they supported him. “They were proud of me for making the decision to come out.”

But, he said, the school’s administration never said anything about him coming out. He was supposed to have a meeting with administrators earlier this year, but it was canceled as the school went online due to the coronavirus pandemic.

“People in the administration knew,” he said.

Over the summer, he got ready for his senior year and submitted a design for a parking spot, a tradition at Covenant Christian. He said his design was meant to be funny: “Super Hot, Fun, Attractive, Fast-driving, Insane, Very Smart, Outgoing, Party Freak, Young, Gay (as in happy don’t worry lol), Pretty, Reckless, Humble, Pyromaniac, Fun, Gay (as in homosexual this time, sorry) Person Parking Only.”

When his mother went to the school to pay for his parking spot, she was told that his design was rejected because it used the word “gay.” Two days later, he was expelled.

Devin and Consolata were surprised. He had been involved in sports, theater, and art at the school and got good grades. Even Headmaster Jeffrey’s letter to the school about why he was expelled said he was “a popular, well-behaved student, talented artist and gifted athlete who has made significant contributions to our program during his tenure here.”

The school’s policy bans sex outside of marriage, but Devin never talked about having sex. Devin and Consolata believe that the school wanted to make an example out of him.

“If another queer kid comes out [at his former school], I’m scared for them,” Devin said, saying that other LGBTQ students might not have supportive families like he does.

“They don’t talk about it in a way that gives LGBTQ kids any hope in their relationship with Christ.”

Devin is attending a public school for his senior year and hopes to do well on AP exams.