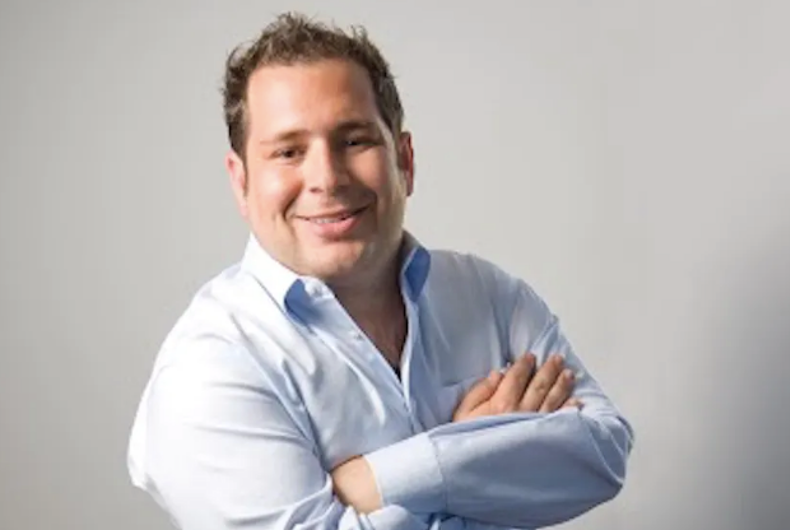 Adam Levin, the owner of Oreva Capital, the parent company of Pride Media—the media brand representing LGBTQ legacy publications The Advocate and Out, has broken his 2018 pledge never to donate money to anti-LGBTQ Republicans.

According to OpenSecrets, a website that tracks political donations, Levin, who is not gay, gave $2,800 each to two Republican Senate incumbents during Pride month this year. He donated $2,800 to North Carolina Sen. Thom Tillis and Montana Sen. Steve Daines in June. Both senators have well-documented anti-LGBTQ records.

Related: The Advocate & Out’s editors both resign amid financial troubles

Then-Pride Media CEO Nathan Coyle told Queerty that Levin’s donations had to do with each candidate’s pro-Israel or pro-cannabis policies and nothing to do with their anti-LGBTQ stances. Coyle also pointed out that Levin had made past donations to Democratic candidates as well.

“[Levin’s donations to anti-LGBTQ Republicans] will not continue,” Coyle said. “[Someone] who has also expressed support for anti-LGBTQ policies or legislation will no longer be receiving any political donations from Adam Levin.”

However, Senators Tillis and Daines both have long anti-LGBTQ records.

On the Human Rights Campaign’s most recent congressional scorecard, both Senators earned a zero for refusing to sign on to the Equality Act and other pro-LGBTQ legislation while also voting to confirm anti-LGBTQ judges and cabinet members. Daines criticized the landmark conservative-majority U.S. Supreme Court ruling that LGBTQ people are included in the 1964 Civil Rights Act.

According to the Charlotte Observer, in 2012, Tillis supported North Carolina’s Amendment One which banned same-sex marriage. He later hired lawyers from the notoriously anti-LGBTQ National Organization for Marriage to help defend the ban in court. As Speaker of the North Carolina House, he promised to oppose any federal attempts to legalize same-sex marriage.

In 2017, when asked his opinion on the state’s infamously transphobic bathroom bill, HB2, Tillis said he opposed “extremes on both sides” of the issue. The publication also pointed out that Tillis failed to support a Senate bill that would have blocked Trump’s ban on transgender soldiers serving in the military although Tillis did say he had “significant objections” to the ban itself.

In addition, Tillis co-sponsored the First Amendment Defense Act, a bill that would allow anti-LGBTQ discrimination on the basis of sincerely held religious beliefs. He voted for and then against a non-binding amendment to give legally married same-sex spouses  Social Security and veterans benefits.

“On all the votes that have mattered since he has been in the U.S. Senate, he has not voted with the LGBTQ community,” Ames Simmons, policy director at Equality NC, said of Tillis.

In 2013, he co-sponsored a bill that would’ve allowed anti-LGBTQ discrimination on the basis of religious beliefs. In 2014, co-sponsored the State Marriage Defense Act which would’ve allowed states to refuse benefits to married same-sex couples and voted against the federal Employment Non-Discrimination Act, stating that it would “force some employers or organizations to violate their moral or religious beliefs.”

In 2015, he voted against extending social security and veteran’s benefits to same-sex couples and protections for LGBTQ students and homeless youth. That same year he said he disagreed with the U.S. Supreme Court’s ruling legalizing marriage equality nationwide. In 2019, Daines blocked the U.S. Senate from voting on the Equality Act.

A high-level staffer for an LGBTQ organization who asked to remain anonymous since they work with Pride Media publications regularly told LGBTQ Nation that both Tillis and Daines’s 2020 Senate races are “top-tier and absolutely crucial to getting a Democratic and pro-equality majority in the Senate.” They noted that Tillis’ and Daines’ re-election would help keep the Republican Majority Leader, Mitch McConnell, in control of the Senate – an obstacle to passing any federal protections for LGBTQ Americans. Both are locked in tight reelection battles with pro-LGBTQ Democrats.

Even though a majority of the Senators’ anti-LGBTQ votes occurred before their re-elections in 2018, Levin made his donations to them despite the fact that both men have shown no inclination to change their opinions.

“The reality is that these people have never disavowed their previous positions so we have to take them at their word and as their records show,” they said.

When his first anti-LGBTQ donations were made, Coyle pointed out that Levin also helped establish JQ, an organization that supports “LGBTQ+ Jews and their allies.”

And that’s only one of many pro-LGBTQ donations he’s made.

Levin told Queerty, “I’ve made donations to the AIDS Project LA (APLA), the LA LGBT Center, and recently made a commitment to Gay Men’s Health Crisis (in New York City). In addition, I’ve donated to the campaigns of many pro-LGBTQ candidates who have included Adam Schiff, Gavin Newsom, Jon Chiang, Dan Adler, and was campaign manager for Dan’s bid to win California’s 36th Congressional District seat.”

OpenSecrets shows no record of Levin’s support for pro-LGBTQ candidates this time around.

Levin is also the Executive Chairman of the longtime cannabis publication High Times, and some of Daines’ other top donors in the 2019-2020 election cycle are cannabis companies such as Trulieve Cannabis and Harvest Health Recreation. From 2016 to 2018, Daines has pushed to allow medical cannabis use for military veterans, a laudable cause.

A former Pride Media staffer who didn’t want to be named publicly told LGBTQ Nation that in the winter near the start of 2019, Levin met with the LGBTQ publications staff to earnestly discuss the publications’ financial troubles and the revelation of his past donations.

“He was apologetic and he seemed like he was speaking to us straight up,” the staffer said, adding, “He kind of deflected [when talking about the anti-LGBTQ donations] by saying that he had a member of his family recently come out and because of that, he was rethinking his relationship with the community, and part of that was his interest in LGBTQ media.”

“This is a straight guy who has never had to deal with actions [from anti-LGBTQ Republicans and donors] that are in direct conflict with the people he employed or the publications that are directly in line with the LGBTQ community,” the staffer said. “It’s very questionable why he’d be supporting these candidates.”

The staffer also worried whether Levin’s “conflict of interest” in funding anti-LGBTQ politicians might someday affect the financial and editorial independence of the LGBTQ legacy publications he owns.

LGBTQ Nation contacted Levin and Pride Media CEO Diane Anderson-Minshall for comment. Neither responded by the time of publication.