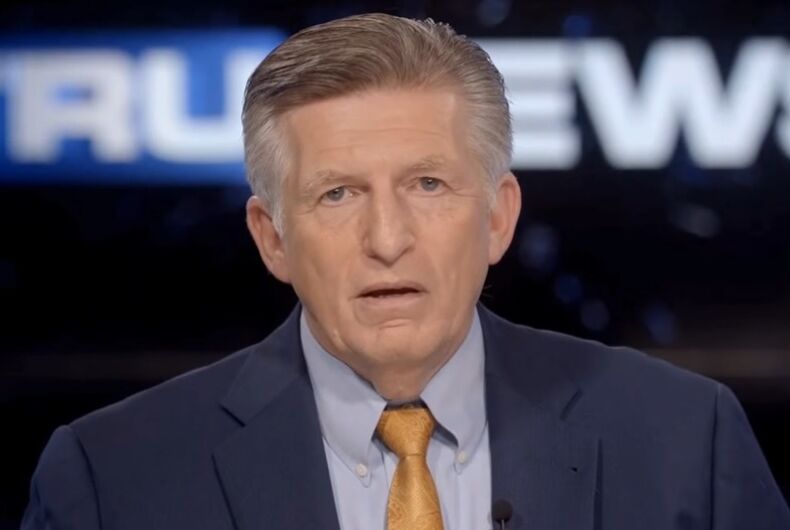 This time, he’s warning his viewers that they shouldn’t vote for Joe Biden because his running mate’s name is idolatrous. Sen. Kamala Harris’ first name,” he says, is not a “Christian name.”

In Sanskrit, Kamala means “lotus,” a flower frequently associated with women, and is another name for the Hindu goddess Lakshmi—and the empowerment of women.

Wiles made national headlines earlier this year when his website got White House press credentials. He has blamed transgender children, gay activists, and Jews for the spread of the coronavirus in the U.S.

Wiles is the founder of the far-right conspiracy website TruNews, which hosts his video broadcasts. The site is known for extreme anti-Semitism, homophobia, and disregard for facts. President Donald Trump loves it.

End Times broadcaster Rick Wiles attacks Kamala Harris for not having a "Christian name," saying it's "a curse to go through life named for a false idol." pic.twitter.com/56HBWtwbB5