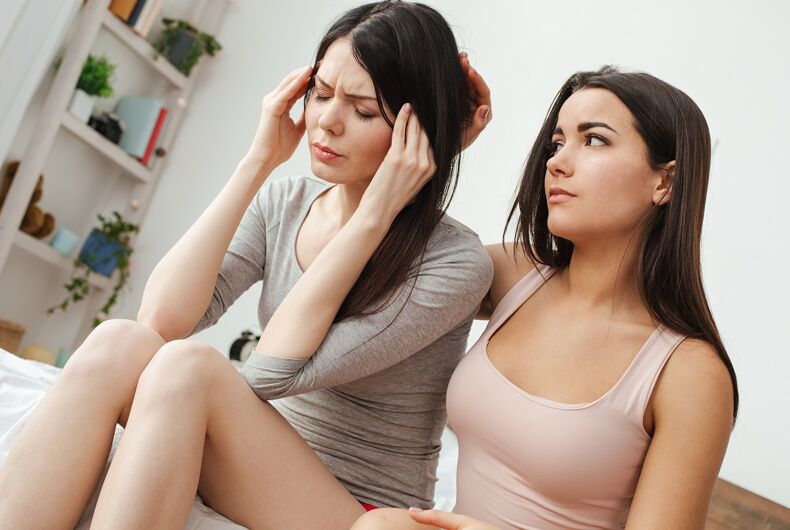 A new study has found that LGB people are more likely to experience migraines than straight people, and the stress that comes from discrimination could be the culprit.

“Lesbian, gay or bisexual individuals were 58% more likely to experience a migraine compared to heterosexual individuals,” said University of California, San Francisco professor Dr. Jason Nagata, the lead author of the study that was published this week in JAMA Neurology.

Related: Lesbian doctor with coronavirus documents her illness on video

“Lesbian, gay and bisexual people may experience homophobia and discrimination, which can lead to stress, and trigger a migraine,” Nagata said.

About 15% of people experience migraines and the researchers said that migraines are the fifth leading cause of emergency room visits in the U.S. A propensity for migraines can sometimes be genetic and they can be triggered by lighting, air quality, diet, other mental health issues, and stress.

“We know that migraine prevalence peaks in midlife, is three times higher in women than in men, [and] higher in low-income groups than in high-income groups,” Dr. Richard Lipton of the the Albert Einstein College of Medicine in New York City told MedicalExpress. He did not work on the study.

“This is the first data I have seen stratified by heterosexual vs. LGB status,” he added, saying that the results are still preliminary and need to be confirmed with more research.

Nagata said that it’s important for doctors to be on the lookout for migraine symptoms with their LGB patients.