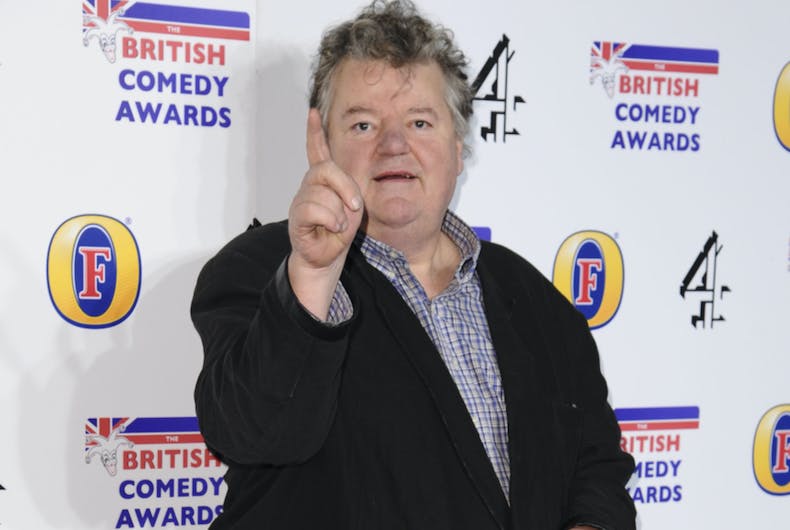 While actor Robbie Coltrane portrayed Hagrid in the hit Harry Potter movie series, his defense of author J.K. Rowling may be his biggest bumble yet.

While Rowling has been castigated worldwide for her nonstop attacks on the transgender community and has been denounced by the rest of the series’ cast members, Coltrane is coming to Rowling’s defense. He says trans people are just “waiting to be offended.”

Now 70, the actor admits his grumpy defense is decidedly “old man”-ish, but he stands behind the bigoted author.

“I don’t think what she said was offensive really. I don’t know why but there’s a whole Twitter generation of people who hang around waiting to be offended,” Coltrane told Radio Times.

“They wouldn’t have won the war, would they? That’s me talking like a grumpy old man, but you just think, ‘Oh, get over yourself. Wise up, stand up straight and carry on.’”

Coltrane refused to comment further, saying “I don’t want to get involved in all of that because of all the hate mail and all that shit, which I don’t need at my time of life.”

Rowling has a new book due out this week that is about two detectives investigating a cold case about a cisgender man who wears women’s clothes to kill women.

‘People who menstruate.’ I’m sure there used to be a word for those people. Someone help me out. Wumben? Wimpund? Woomud?