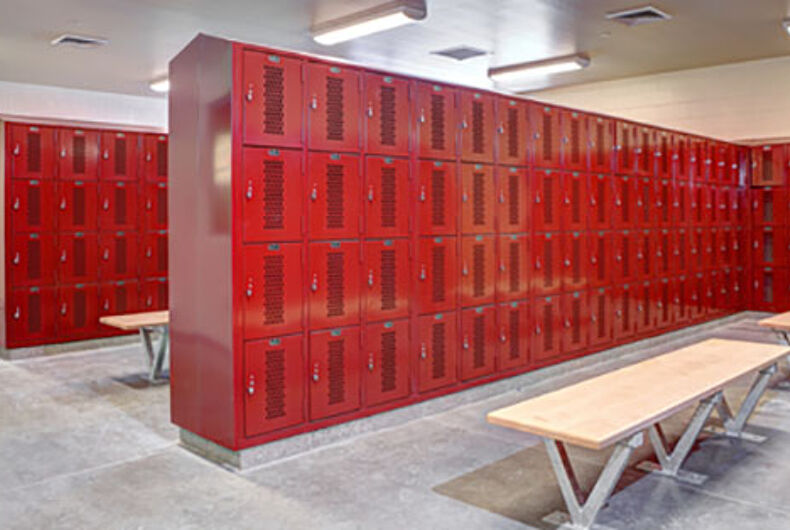 A court in Minnesota has ruled in favor of a transgender boy who sued his school district after being forced to use an “enhanced privacy locker room” instead of the locker room that his peers were using.

“I never want any student to experience the discrimination and cruelty I experienced from the adults at my school,” said N.H., the student who sued. “It means a lot to see that courts protect transgender students like me. Today’s decision makes it very clear that segregating trans students doesn’t just dehumanize us, it violates our legal rights.”

N.H. and his mother said that the sudden decree in 2016 upended the student’s life. Before school board decided to refuse him access to the boys’ locker room, he had been accepted by his classmates. He was happy and health.

However, N.H. would be hospitalized following a series of mental health crises. Although the school board decided to temporarily reverse its ruling to allow him to finish out the season, it was too late. He was no longer able to compete.

The school district’s policy is to decide what facilities transgender students can use on a “case-by-case basis,” and lawyers at Gender Justice, which filed the lawsuit on behalf N.H. along with the ACLU of Minnesota, said that the deliberation process is conducted by the school board in secret.

“This violates his civil rights and the civil rights of other LGBTQ students because the school board is not letting them make the decision about what locker room or restroom they feel safest in,” Gender Justice lawyer Christy Hall told LGBTQ Nation last year.

Now a Minnesota appeals court has ruled in favor of N.H.

“N.H. identifies as male, has socially transitioned to male, and lives as male,” Judge Peter Reyes wrote for the majority. “Others also identify him as male and treat him as male. Based on this record, we conclude that N.H. is similarly situated to his peers because he, like his peers, sought to use a locker room that corresponded with his gender identity.”

A spokesperson for the school district said that they’re still considering their options, which may include an appeal.

“The district’s top priority is maintaining a learning environment that is safe, secure, and free from discrimination, and its decision will be guided by those values,” the spokesperson said.

The Minnesota Department of Human Rights welcomed the ruling.

“This decision means that schools are now safer and more welcoming for transgender and gender nonconforming students across Minnesota,” Human Rights Deputy Commissioner Irina Vaynerman said in a statement.

Having migraines? It might be because you’re gay or bisexual