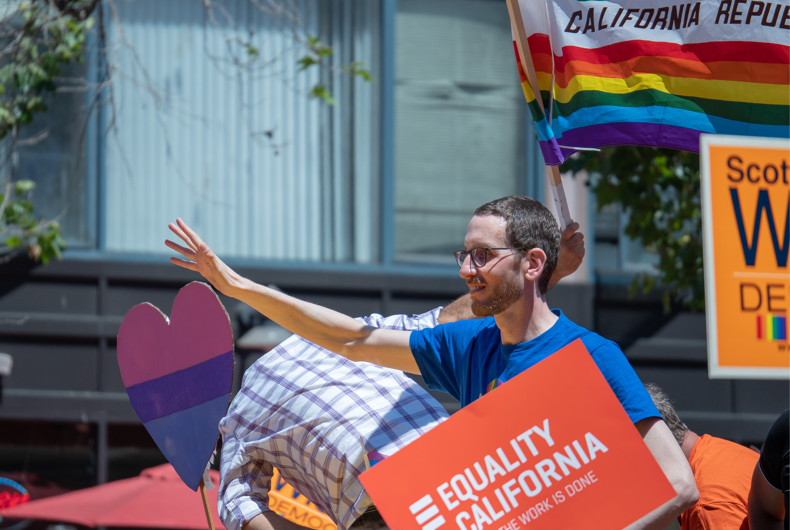 Two bills affecting the LGBTQ community passed California’s legislature this week, including one that makes the punishment for certain sex crimes the same for queer and straight offenders that resulted in an out state senator getting death threats. The other increases protections for people living with HIV.

Currently, it’s illegal in California for people above the age of 18 to have sex with anyone under the age of 18. Wiener’s bill doesn’t change that.

Judges have discretion to keep offenders who aren’t that much older than the minors they had sex with – for example, an 18-year-old and a 17-year-old – off the state’s sex offender registry… but only if they had penile-vaginal sex. This means that a lot of LGBTQ young people aren’t eligible for the same judicial discretion, and Wiener’s law would simply amend existing law to make it LGBTQ-inclusive.

After introducing his legislation, Wiener had received death threats by right-wing trolls who falsely claimed that he was trying to legalize pedophilia. He was inundated with comments on social media that called him a “pedophile,” falsely said that his bill would legalize sex with 10-year-olds, and attacked his Jewish heritage, claiming that “Jews are at the forefront of promoting pro-homosexual and pro-pe‌dophile prop‌aganda.”

“There is so much misinformation about SB 145 — similar to misinformation about COVID, vaccines, masks, and the like — and it’s hard to track where it starts,” Wiener wrote in a Facebook post. “Those who think homophobia and antisemitism are over are not paying attention.”

The second bill, sponsored by California Sen. Lena Gonzalez (D), would make it easier for people living with HIV to get life and disability income insurance, according to Metro Weekly.

“I am very grateful for the support of my Senate and Assembly colleagues on this critical legislation,” Gonzalez said in a statement. “This is a huge step to ensure that Californians living with HIV and their families have equal access to life and disability income insurance coverage.”

“This legislation is a critical step toward eliminating stigma against people living with HIV and finally ending the epidemic,” wrote Equality California, a state LGBTQ rights organization that supported Gonzalez’s bill.

Both bills have passed the California Assembly and Senate, and Gov. Gavin Newsom (D) is expected to sign them both.

Star Trek will get its first transgender characters this year