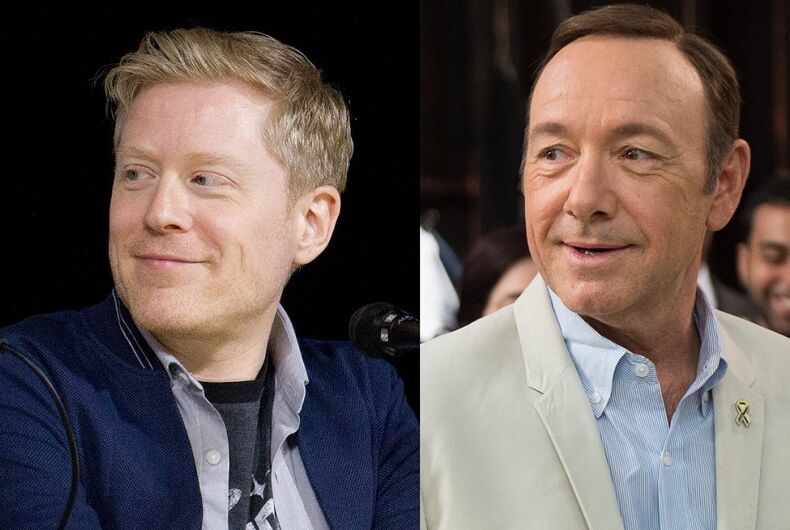 Actor Anthony Rapp and another unidentified man have sued actor Kevin Spacey for sexual assault, alleging Spacey committed sexual offenses against them in the 1980s. Both men were young teenagers at the time while Spacey was an adult.

Rapp’s public accusation of an assault launched a string of similar stories from other victims and Spacey’s career quickly imploded as criminal investigations began.

Related: Kevin Spacey crawls back into the spotlight with a public poetry reading

The famously closeted actor finally came out in a desperate attempt to deflect Rapp’s story, blaming his behavior on stress from hiding his sexuality from the public. LGBTQ people nationwide were quick to point out that most people who aren’t open about their sexuality do not assault other people and decried Spacey’s decision to finally come out as a cynical ploy to avoid blame.

But as other men started coming forward, authorities launched criminal investigations and he was charged with assaulting an 18-year-old man in a restaurant in 2016. Prosecutors dropped the charges after the victim invoked the Fifth Amendment following threats from Spacey’s lawyer.

A separate lawsuit was dropped after the plaintiff died. It’s unclear why the man’s estate decided to settle.

Rapp accused Spacey of drunkenly making a pass at him in 1986 when Rapp was 14. He alleges that Spacey fondled his buttocks, lifted him onto a bed, and pinned him down, laying on top of him.

The other man was also 14 when Spacey started a sexual relationship with him, the lawsuit alleges. Spacey met the boy at an acting class and invited him to his apartment where they “engaged in sexual acts” on multiple occasions. The lawsuit alleges that Spacey raped the victim the last time after the teen resisted and said “no.”

No criminal charges have been filed in either case because the statute of limitations has passed. The plaintiffs are seeking damages for emotional distress.

Trump’s record on LGBTQ rights has been vile from the moment he took office. We kept a list.