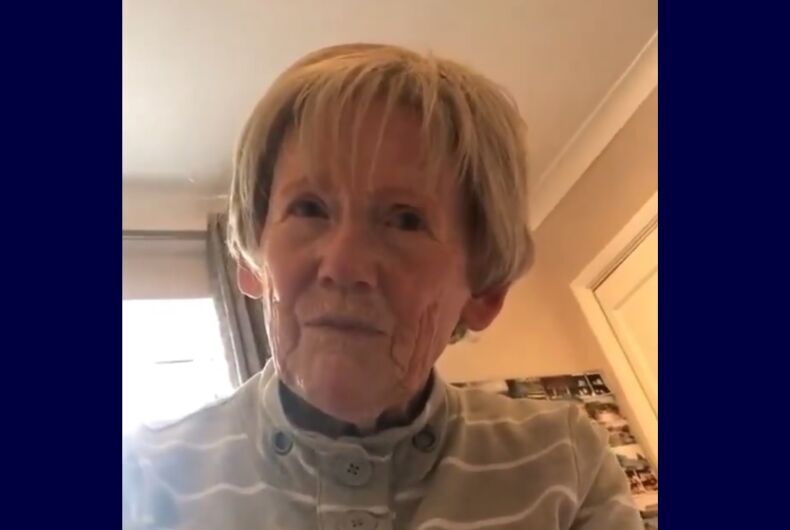 A Tik Tok video of an elder woman coming out has gone viral.

“I said if I ever got involved with anybody again, it wouldn’t be a man, it would be a woman,” the woman says at the start of the video. “I do like women, I like women much more than men.”

Related: 90-year-old comes out because he can’t forget the man he fell in love with 70 years ago

The person recording, who goes by “Aimee,” asks if she means that she’s physically attracted to women.

The woman gets right to the point: “I think boobs are nice… I think the penis- not that keen on it.”

It’s easy to see why the video has been viewed tens of thousands of times on Twitter alone. The person recording the video even calls the woman a “cougar” because she said she’s interested in women in their late 60s.

“I just like women anyhow,” the woman said. “I’ve never liked men that much.”

Well it’s confirmed, we’ve found the cutest woman in the world. Every line is more iconic than the last, and I pray she finds the gorgeous 60-something she’s spent her life longing for pic.twitter.com/BVXTBFaufc

Trump could declare victory on Election Night even if he’s losing. What will be done if he does?

A teen wore an antigay t-shirt to school & got sent home. Now her pastor dad is threatening to sue.