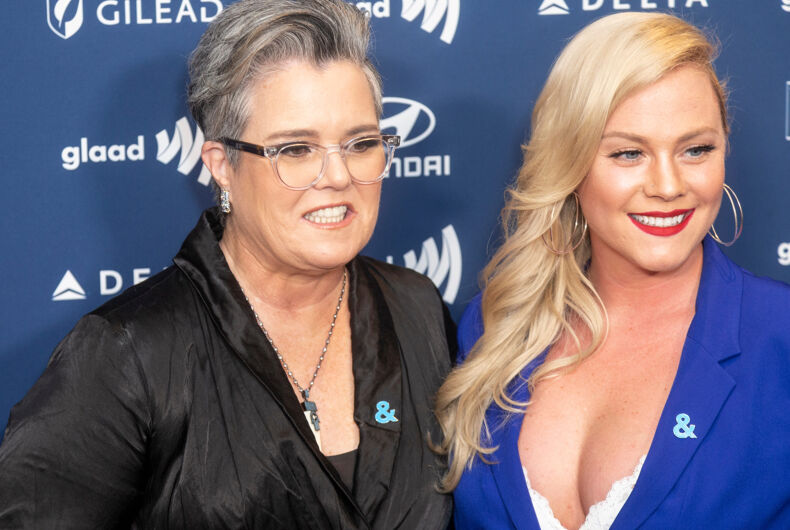 In an appearance on the “Busy Philipps Is Doing Her Best” podcast, O’Donnell said she could understand what Ellen was going through. Both women, out lesbians, faced allegations of using faked cheerfulness to hide darker divalike behavior once the cameras were turned off.

“I think she has some social awkwardness. It’s hard for women, period.”

Like Ellen, Rosie had the hit daytime talk show while it aired. Rosie’s brief stints on The View were marked with tension with other hosts and allegations that behind-the-scenes tantrums made work conditions untenable.

Three senior producers at The Ellen DeGeneres Show who faced sexual harassment allegations recently left in a major overhaul of the show’s senior production. Dozens of employees spoke to Buzzfeed to detail the complaints.

As celebrities and castmembers continued to pile on DeGeneres with allegations that the “Queen of Kind” reigns over a house of cards, controversial comedian Kevin Hart also came to her defense. It didn’t help.

Hart, who was ousted as the host of the Academy Awards over past anti-LGBTQ jokes and tweets, was “forgiven” by DeGeneres for his defiant homophobia at the height of the controversy. The interview and casual dismissal of child abuse were one of DeGeneres’ first recent scandals.

DeGeneres public image has been shaken as dozens of people who work both for her and on her show have spoken with journalists, alleging everything from rudeness and not communicating with her employees during the pandemic to losing their jobs after taking medical leave and being targeted for sexual harassment by powerful and unaccountable producers.

While Katy Perry and DeGeneres’ wife, Portia DeRossi, have also come to her defense. Former girlfriend Anne Heche, however, simply said, “I haven’t spoken to Ellen in years. I’d listen to the people who have.”