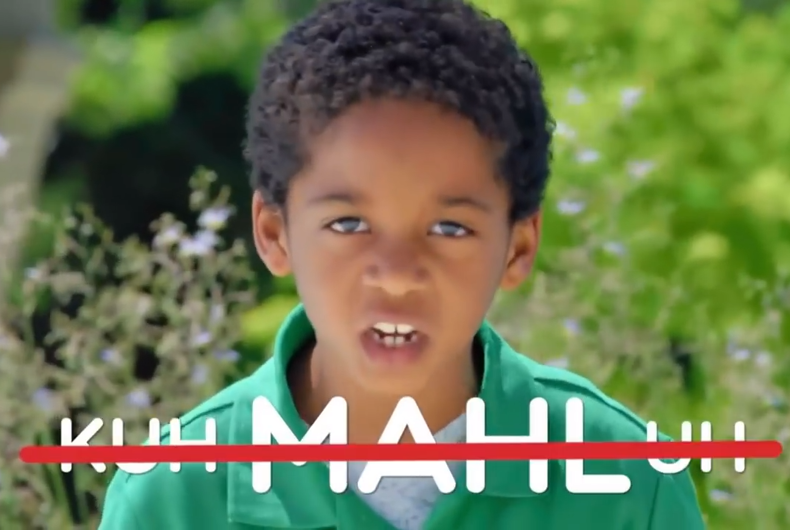 This is not how you pronounce Kamala Harris's name.Photo: Screenshot

Are you pronouncing vice presidential candidate Kamala Harris’s name correctly? Are you sure?

Don’t worry. We’ve got you covered. Here’s how you say it.

Tucker Carlson recently had a conniption fit when a guest corrected him on how to pronounce Harris’s first name, but the Senator says she’s used to folks mangling her name. She’s been teaching voters how to say it for years.

Out former presidential candidate Pete Buttigieg also had to give primary voters a lesson on how to pronounce his last name and President Barack Obama’s first name took some adjustment for some voters as well.

In a spot for her 2016 Senate campaign, Harris’s campaign used children to explain to adults how to properly pronounce Kamala Harris.

The senator says pronouncing her name is easy, she told the hosts of The View.

The name is derived from ancient Sanskrit and is a nod to her Indian heritage. Harris’s mother was born in India.