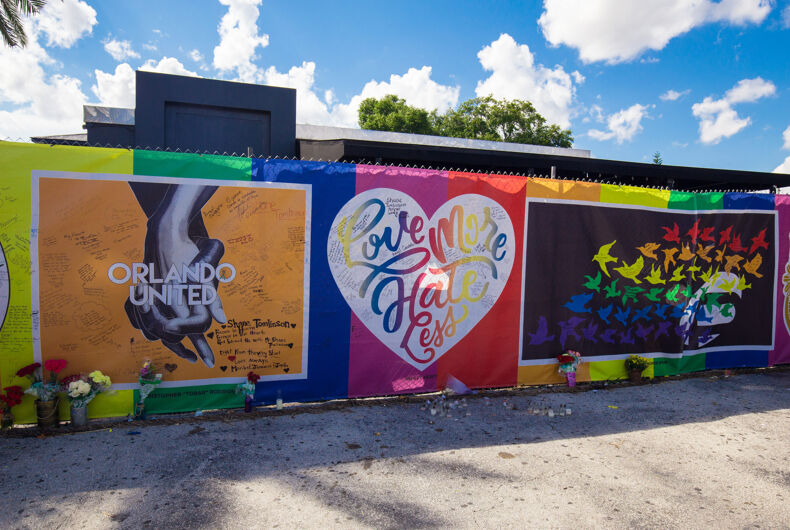 Murals hang outside of the now-defunct Pulse nightclub.Photo: Shutterstock

The Orlando Philharmonic orchestra has canceled a November musical performance dedicated to the victims of the 2016 Pulse Nightclub shooting after online commenters complained that the performance’s composer is a straight white man rather than queer or Latinx like many of the 49 victims who died in the shooting.

The piece was created by Ljova, a Russian-American immigrant composer whose birth name is Lev Zhurbin. It was reportedly framed around 49 musical ideas with each section beginning with a representation of a heartbeat and ending with somber bells, according to the Orlando Sentinel.

Ljova composed the piece independently as a way to express his horror and sorrow at the shooting, and the Philharmonic agreed to perform it, even securing a $6,000 grant from an organization called New Music USA that would’ve entirely gone towards the musicians playing Ljova’s piece

However, social media users — many who seem to have no connection to Orlando or the orchestra — began leaving angry comments on the orchestra’s Facebook page and sending similar messages to New Music USA.

One such message came from a freelance musician Isabel Castellvi who is based mostly in Asheville, North Carolina and New York City.

“Nothing against Lev but this is an unfortunate choice and missed opportunity on the Orlando Philharmonic’s part to not select and support a queer composer of color to represent and write about a tragic event that targeted that community,” she wrote. “A shame you all didn’t catch that or decided it wasn’t important, especially in these times when folks are rising up for voices of color and queer voices to be heard.”

The philharmonic paid Ljova for the piece four years ago but it never commissioned him to write it in the first place. He said if it had, he would’ve refused.

“I was just about to begin composing the piece then, and asked the orchestra if it would be OK for me to dedicate the new piece to the victims,” Ljova said in a statement. “It was my intention to bring attention and comfort to the families of the victims, and to use my opportunity as a composer with a commission to respond musically. I was writing a piece for the Orlando Philharmonic, and Orlando — and indeed the country — was in a state of mourning that I could not ignore.”

For its own part, the Orlando Philharmonic had previously donated hundreds of hours performing at community commemorations and private memorials, and each June, its members play at the site of the shooting to commemorate the victims. But now the event is canceled and the grant has been returned, leaving it uncertain whether Ljova’s piece will ever be heard by a wider audience.

On its Facebook page, the orchestra wrote, “We are deeply sorry that our recent grant application to New Music USA did not fully represent our commitment to diversity and inclusion. We got it wrong and we welcome the constructive feedback that we have received.”

On its website, New Music USA wrote, “You shared concerns that the LGBTQIA+, Latinx, and Black and Afro-Latinx communities most affected by the tragedy have not had ample space in the creative conversation. You asked us to take special care to ensure that marginalized communities be the ones to tell their own stories. We hear your feedback.”