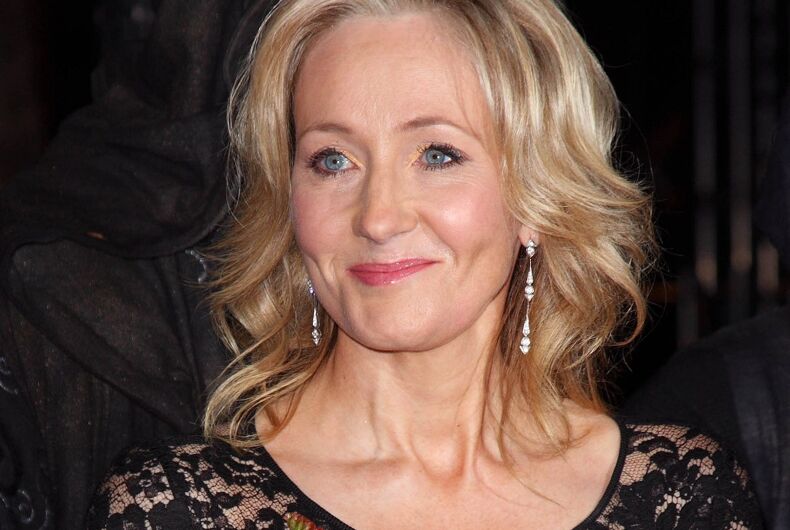 Rowling received the award — which celebrates leaders of the international business, entertainment, and activist communities who have demonstrated a commitment to social change — on December 2019.

However, on August 3, 2020, Kennedy, the daughter of Robert F. Kennedy, wrote in a statement on the organization’s website that she had spoken to Rowling to express her “profound disappointment” over Rowling’s “deeply troubling transphobic tweets and statements.”

“[Rowling] has chosen to use her remarkable gifts to create a narrative that diminishes the identity of trans and non-binary people,” Kennedy wrote, “undermining the validity and integrity of the entire transgender community.”

Kennedy said that Rowling’s statements have added to an environment in which trans people are already subject to discrimination, exclusion, harassment and violence, all of which lead to high rates of homelessness, mental and bodily harm and suicide.

“The science is clear,” Kennedy continued, “Sex is not binary…. Trans rights are human rights. J.K. Rowling’s attacks upon the transgender community are inconsistent with the fundamental beliefs and values of RFK Human Rights and represent a repudiation of my father’s vision.”

In a statement on her personal website, Rowling defended herself, calling herself a “longstanding donor to LGBT charities and a supporter of trans people’s right to live free of persecution.”

“[The organization’s] statement incorrectly implied that I was transphobic, and that I am responsible for harm to trans people,” Rowling wrote. “I absolutely refute the accusation that I hate trans people or wish them ill, or that standing up for the rights of women is wrong, discriminatory, or incites harm or violence to the trans community.”

She then wrote about “gender dysphoria” (when a person’s gender identity differs from the gender they were assigned at birth), detransitioning (the reversal of a gender transition which occurs in a very small percentage of trans people) and her “unhappy conclusion that an ethical and medical scandal is brewing” over transgender children taking doctor-prescribed hormone blockers to delay puberty.

In repeating these anti-trans talking points, and suggesting (yet again) that the existence of trans women somehow endangers “women’s rights” and the safety of “the most vulnerable women,” Rowling is pushing unwarranted panic and suggesting that trans people are somehow dangerous to women and kids, a viewpoint that makes them targets for violence.

While Rowling wrote that she felt deeply saddened about returning the award, she wrote, “No award or honour, no matter my admiration for the person for whom it was named, means so much to me that I would forfeit the right to follow the dictates of my own conscience.”