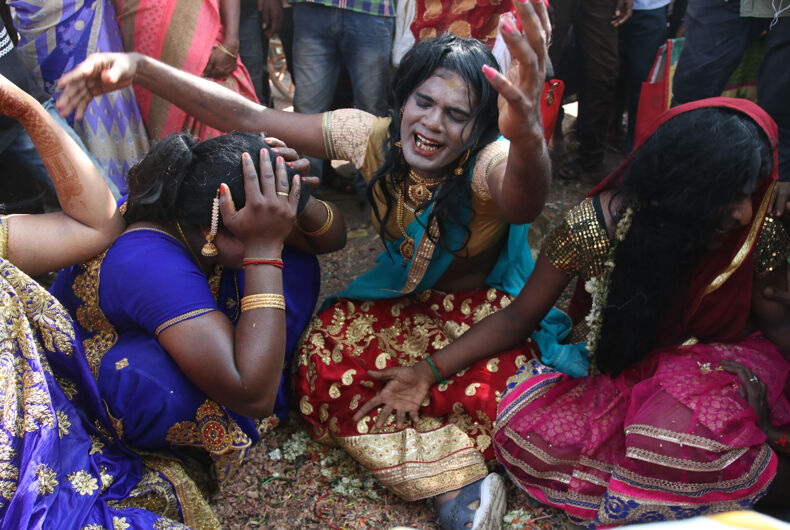 Five people have been arrested for the murder of three members of a transgender community in India. Two of the suspects and two of the victims are transgender.

A group of transgender women confronted the killers, “thrashing” them until they confessed and then dragged them to the local police station. The killers had photos of the victims’ bodies on their phones.

Related: Nuns in India have started a school for transgender dropouts

Based on the evidence provided by the alleged killers, the remains were found in abandoned wells.

Police allege the man lured the couple and a friend out of the community to pick up the baby and killed them. When the man returned, but the victims didn’t, other residents suspected foul play and confronted him and his associates.