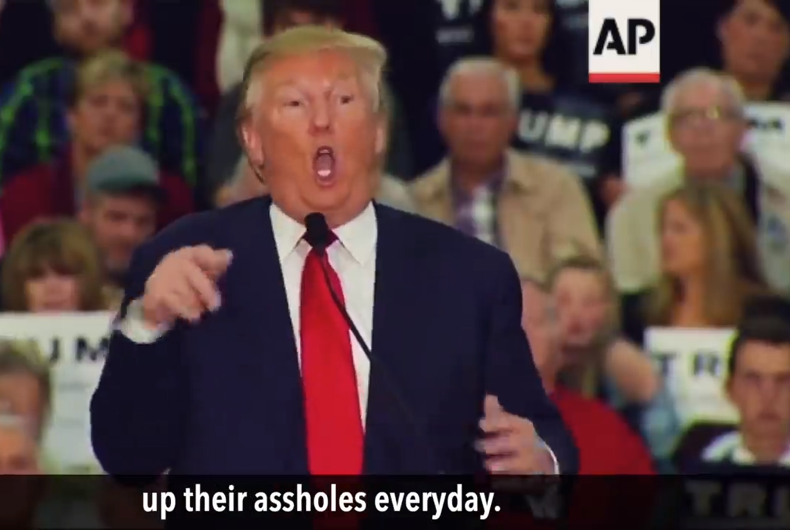 George Carlin may be dead, but his spirit lives on. Known for his lack of patience for bullshit, the comedian regularly skewered all politicians, the election of Donald Trump as president would have particularly peeved him.

Now one of his most famous routines has swept the internet a dozen years after his death. Pattern Integrity Films set the bit to photos and video clips from modern-day America and the result is devastating.

“Say what you want about America — land of the free, home of the brave — we got some dumb**s motherf**kers floating around in this country,” Carlin says over the images. “Dumb ass motherfuckers.”

“The real owners, the big, wealthy business interests that control things and make all the important decisions. The politicians are put there to give you the idea that you have freedom of choice. You don’t. You have no choice. You have owners. They own you. They own everything.”

His entire bit is included in the nearly two-minute video perfectly conjoined with photos of Trump and the results of his administration flood the screen. Carlin’s truth-telling about the influence of corporations in America and the willful blindness that allowed someone like Trump to assume power.

“That’s what the owners count on,” Carlin intones. “the fact that Americans will probably remain willfully ignorant of the big, red, white, and blue dick that’s being jammed up their assholes every day.”

This video is completely devastating for Trump. George Carlin gives him the finger from the grave. Whatever you do don’t make it go viral! #AmericaWakeUp pic.twitter.com/vy2zz0j8DB