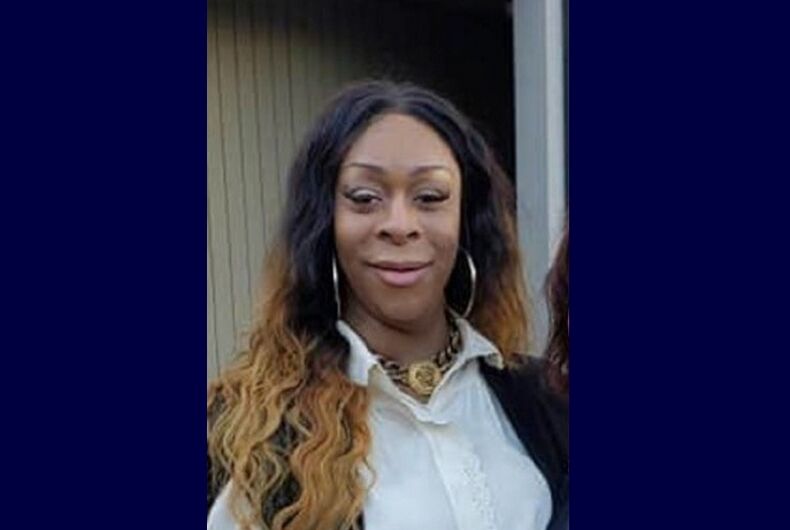 A Black, transgender woman was murdered in Oregon as she attended a vigil for a man who had been killed several days earlier.

Aja Raquell Rhone-Spears, 33, was one of 20 to 30 people who attended a vigil in Portland on July 28 for murder victim Tyrell Penney. The vigil was held at a private residence.

According to police, there was a fight – a “large disturbance occurred involving multiple participants” – at the vigil and two people were stabbed, including Rhone-Spears.

When Portland police showed up, they tried to take life-saving measures but she was pronounced dead at the scene. Police have not said what condition the other stabbing victim is in.

Her death has been ruled a homicide and police say that there were “multiple witnesses” but that they “encountered hostility and a lack of cooperation.”

No arrests have been made.

Her friends mourned her passing and one posted a tribute to her on Facebook.

A GoFundMe has been set up to help pay for funeral expenses, and it has raised over $2800 so far.

Penney, 27, was shot to death the prior week in the same neighborhood as the vigil was held.

At least 26 transgender and gender non-conforming people have been killed in the U.S. in 2020, according to HRC.