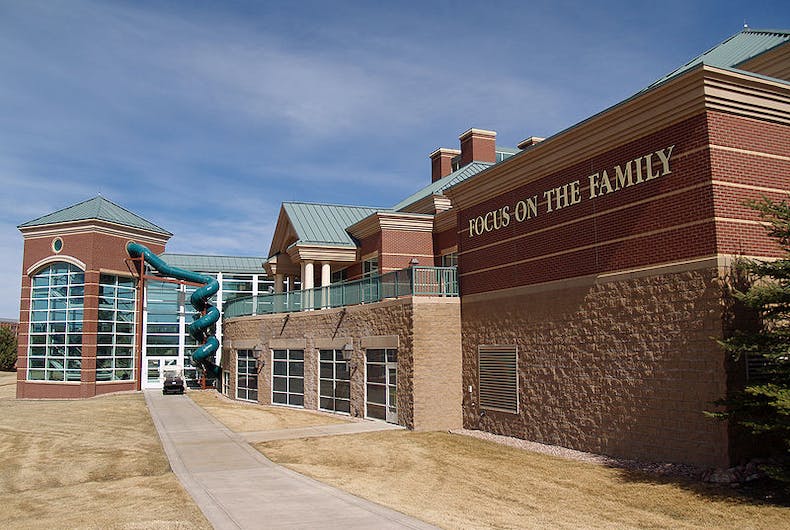 Focus on the Family, the evangelical Christian anti-LGBTQ hate group, has railed against coronavirus prevention measures to followers, but now the bookstore on their main campus has become a COVID outbreak site.

Three infections have been confirmed and another is suspected.

In 2018, the group declared itself a church, thereby allowing it to avoid an IRS requirement to file public tax documents and making them harder to audit.

“There’s nothing about them that meets the traditional definition of what a church is,” Gail Harmon, an attorney who advises nonprofits on tax law, told Right Wing Watch at the time. “They don’t have a congregation, they don’t have the rites of various parts of a person’s life. There’s a whole system for what a church is.”

The group has been actively involved in politics, and its move into church status brought added concern.

Evangelicals have tried to get the Johnson Amendment thrown out, thus allowing them more influence over politics. President Donald Trump signed an executive order concerning the Johnson Amendment, instructing the Treasury Department to be lenient with religious organizations. The law, however, remains, despite what Trump has said unless Congress takes action.

The Trump administration is cozy with the Focus on the Family. The group’s leadership and mouthpieces have been vocally supportive of Trump’s unholy policies – including his flippant attitudes about the dangers of the coronavirus pandemic.