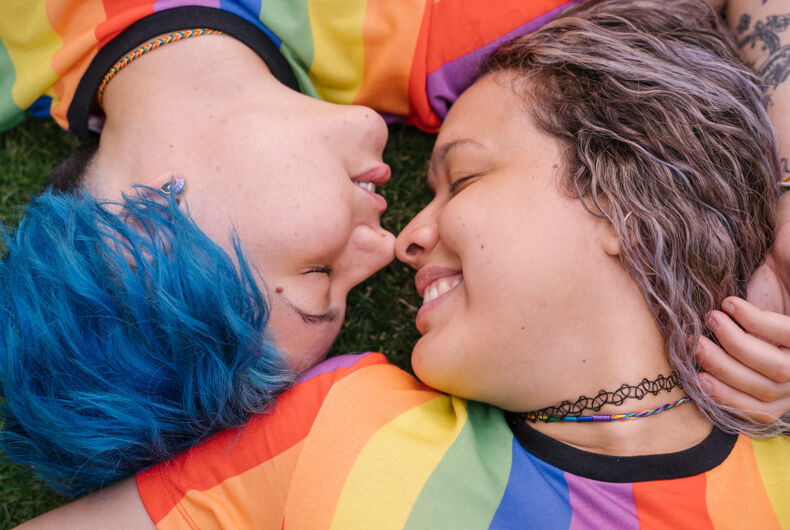 The Anchorage Assembly’s ordinance prohibits licensed medical professionals from using conversion therapy on any person under the age of 18.

Related: Canada may soon have the world’s “most progressive and comprehensive” conversion therapy ban

In response to the newly passed ordinance, Sam Brinton, Vice President of Advocacy and Government Affairs for The Trevor Project, a suicide hotline for LGBTQ youth, wrote, “The Trevor Project applauds the Anchorage Assembly for taking this historic action to end conversion therapy in Alaska’s largest city. According to data from The Trevor Project’s new national survey, LGBTQ youth who underwent conversion therapy reported more than twice the rate of attempting suicide in the past year compared to those who did not.”

From Alaska to Maine, The Trevor Project is working in cities and counties across the country to protect LGBTQ young people from this dangerous and discredited practice,” Brinton concluded.

The Trevor Project’s newly released National Survey on LGBTQ Youth Mental Health showed that 67% of LGBTQ-identified young people had someone encourage them to try and change their sexual orientation or gender identity.

This high percentage suggests a larger societal misconception about queer identity: While LGBTQ identity can be fluid, nearly every American professional psychological and youth organization says that one can’t and shouldn’t try to change their sexual or gender identity.

While 75 U.S. cities and 40% of U.S. states now ban conversion therapy for minors, anti-LGBTQ religious groups like Alliance Defending Freedom and the Liberty Counsel have tried to fight ex-gay therapy bans as violations of their “free speech” and “religious freedom,” stating that people should have the right to rid themselves of “gender confusion” and “same-sex attraction.”

So far, the U.S. Supreme Court has refused to hear cases challenging these bans as violations of religious freedom. But with a conservative majority now seated on the nation’s highest court, it remains to be seen whether these state bans will continue unopposed.

Regardless, a majority of Americans oppose conversion therapy, and more are becoming aware of the dangerous practice thanks to two 2018 films — The Miseducation of Cameron Post and Boy Erased — both of which depict young gay people forced into religious ex-gay programs.

It should also be said that states with conversion therapy bans still allow other types of abusive “teen discipline” work camps that pledge to “straighten out” queer and “troubled” youth. These camps are largely unregulated and have even resulted in a few deaths of teens who are sent there by their caretakers.