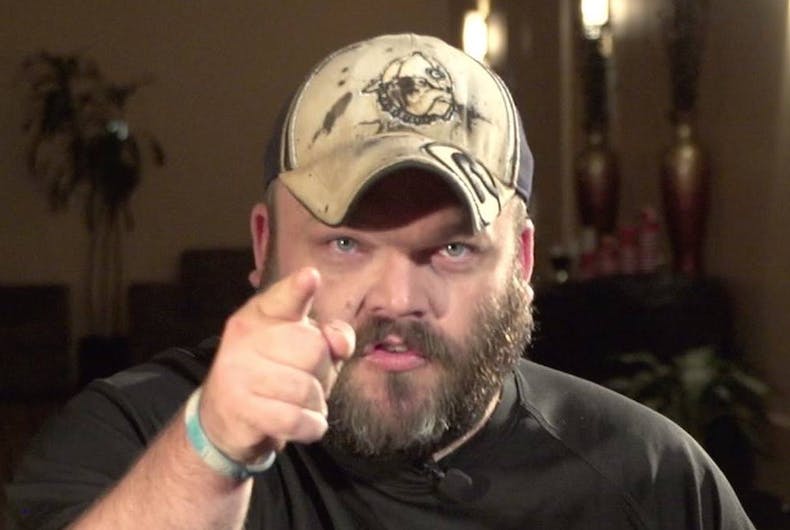 Thirty-seven-year-old Richard Rose survived two tours of duty in Iraq and Afghanistan but died three days after being diagnosed with COVID-19. Rose was a conservative supporter of Donald Trump and frequently derided precautions to prevent the spread of the coronavirus.

Now a slide show of his social media posts that shows his disdain for coronavirus precautions turning to concern for his own health has swept the internet. One of the slides shown includes the phrase, “There are only two genders.”

Rose posted support for Trump, made jokes about rape, attacked Black Lives Matter protestors and transgender people, checked in at various local bars and restaurants, and accused Democrats of lying about the dangers of the coronavirus in order to “rig the elections in their favor.”

Twitter user ToddThaGod assembled several of Rose’s posts into a slide show and posted it with the caption, “Just watch how this unfolds, y’all.”

“We were blown away, you know? You hear about this virus and you don’t expect it to affect people, younger people like ourselves,” Nick Conley, Rose’s friend, told Cleveland 19 News. “It’s horrible that we lost Rick but the even more tragic part of that is who else became infected because of the actions that he chose.”

Conley, however, expressed disappointment that his friend’s own words have come back to haunt him.

“Rick is getting slaughtered online right now for his decision that he made not to wear a mask and that’s not right,” Conley said. “We should still be compassionate whether we agree with someone’s beliefs or not. Someone has passed away and we should have some compassion towards that.”

Conley did not explain why people should be compassionate about someone’s deliberate decision to endanger others.