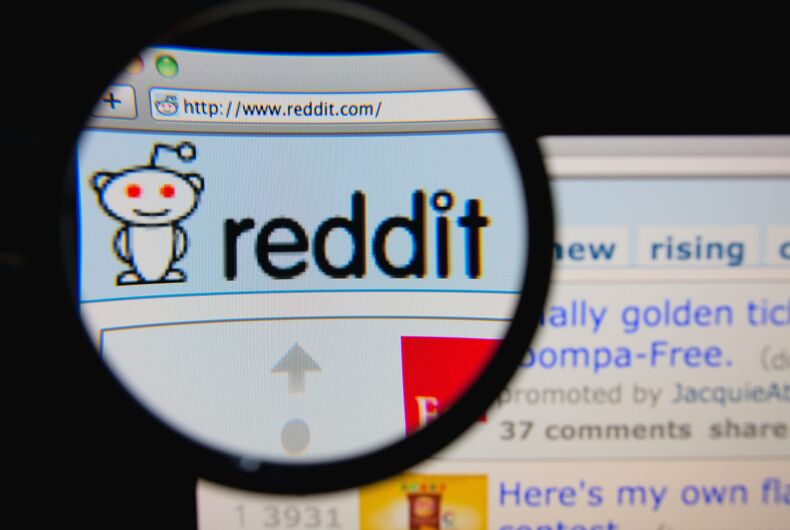 Reddit has slashed thousands of communities that traffic in hate speech, including forums for Trump supporters and anti-transgender activists.

One of the communities, called subreddits on the platform, was a popular forum for so-called “transgender exclusionary radical feminists” or TERFs. The community was one of a handful specifically named by the site as being bastions of hate speech.

Other subreddits that got the boot were “The Donald,” a forum for Trump supporters, “CapoTrapHouse,” a community for the radical left known for swarming into other communities’ political discussions, and “rightwingLGBT.”

The forum for conservative queers has reformed as the subreddit “rightwingLGB” where users are already posting threads like, “TRANS MEN WILL NEVER BE WOMEN AND TRANS WOMEN WILL NEVER BE MEN!”

The same language was frequently echoed in the TERF subreddit, where transgender women were almost exclusively referred to as “male” and presented along with outlandish claims and calls to out transgender people.

“It was becoming clear that the company’s values and the way discourse was playing out on the platform was one of the main things we wanted to fix in our content policy update,” Reddit CEO Steve Huffman said in a phone call with reporters.

TERFs (who are frequently lesbians) and transgender people – particularly trans women – have a long history of internecine warfare. The “radical feminists” have previously aligned themselves with the religious right when it comes to transgender people.

Pride in Pictures: Living on

Town rejects Pride resolution because there’s no “Straight Pride.” So they got ambushed.