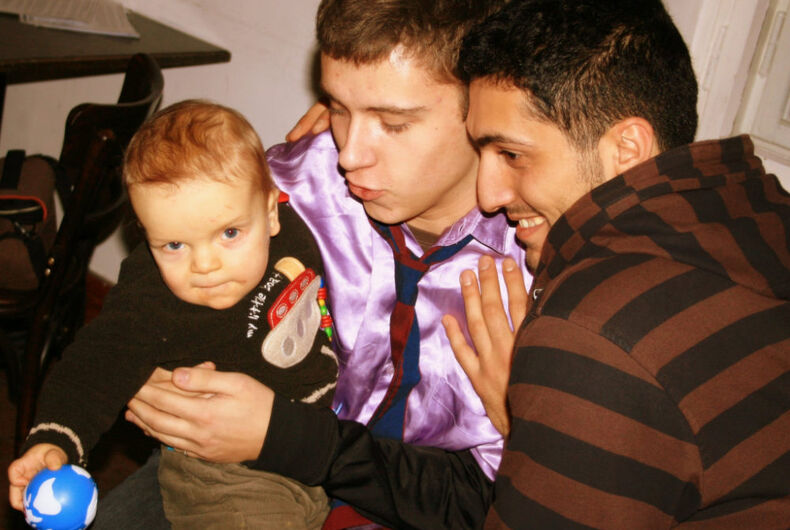 Diversity should never be seen as a weakness, or a fault. We are a diverse country, a diverse state. It’s what makes us who we are. My family, like many other families across Indiana, is a blended family. We are diverse, and we don’t all have the same DNA. But for my kids and for many children with blended families, that’s quite alright because what matters most to us is love, not DNA.

I’ll put this bluntly: LGBTQ families in Indiana are under attack by my opponent John Crane simply because of DNA.

Last week, Crane launched his campaign website where he once again indicated he would legislate his personal values regarding so-called “traditional” marriage, which is unconstitutional. Crane went on to imply children raised in LGBTQ and blended families are not “ideal” and are not in the best interest of the child’s well-being. According to the American Psychological Association, all of these assertions have been debunked.

Crane also stated “whenever possible, these ideals should be pursued” telling us he’s going to legislate against all LGBTQ, blended, and single-parent families. This narrow and very public view is traumatizing to children who are already being raised in diverse families.

While there is much about Senator Crane’s opinions of the definition of family that are troublesome, I am most personally offended that a sitting Indiana State Senator would make it a “priority” to use debunked information to assert that only “biological parents” are best equipped to raise children. Whether a family is blended or LGBTQ, Crane’s claims couldn’t be more false.

Blood does not define family – love does. Speaking personally, half of my children and grandchildren are not biologically related to me, and I can say with absolution that every decision I made raising my children was made with love and in their best interest.

And I know for a fact that LGBTQ mothers and fathers would say the exact same thing too because time and again LGBTQ families have shown America the love they give their children is the same as straight families. Thanks to family planning and a lot of love,  LGBTQ parents have been found to help their children to succeed more in the classrooms.

Now more than ever, we have got to remember that our biggest strength as a nation is our differences. Elected officials have an obligation to not only acknowledge the diversity of their constituents, but also to represent them. Unfortunately, John Crane’s narrow and small-minded values not only fail to represent the residents of Indiana Senate District 24, but it threatens to harm the very people he is sworn to represent.

His misrepresentation of those values shows how out of touch he is, and we have an obligation to make sure he cannot continue to push to limit the freedoms of the 230,000 adult Hoosiers who are LGBTQ.

John Crane has made it clear that his definition of Hoosier and American values is rooted in debunked junk science, not reality. His rhetoric is a far cry from what I hear in my conversations with Hoosiers in Indiana. It is painfully obvious that John Crane’s only priority is to implement an agenda that is rooted in hate and division.

Hoosiers deserve better than having an anti-LGBTQ activist representing them in elected office. A sitting state senator who speaks only for a specific fraction of his constituency is, by definition, failing to do his job.

Obviously I’m running against John Crane this fall, but what has always been most important to me in this campaign is meeting voters where they are, not where I am. So it’s my hope that LGBTQ families in Indiana read this and know their children and their blended family belong, are accepted, and are loved — because that’s in our American DNA.