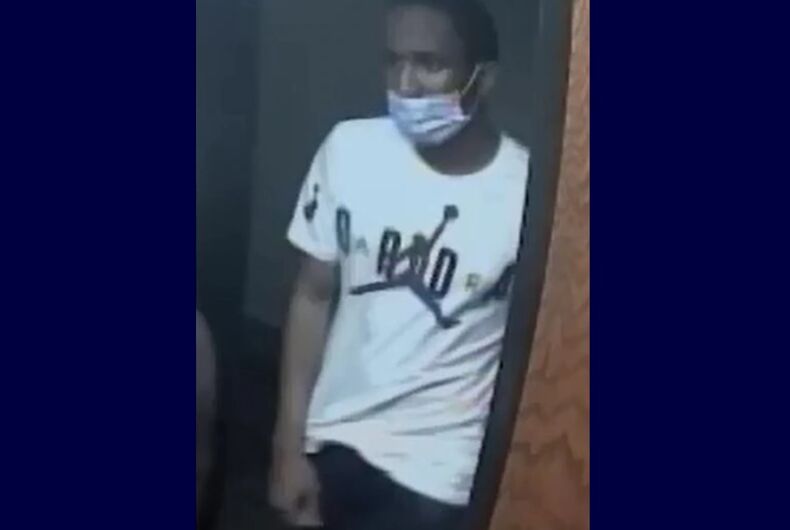 A Black transgender woman was stabbed to death early Sunday morning in New York City and police are searching for a suspect.

Police found Tiffany Harris, 32, unconscious in the hallway of an apartment building in the Bronx at 1:35 a.m. this past Sunday when responding to a 911 call. She had been stabbed multiple times in the chest.

Harris was taken to the hospital, where she died 45 minutes later.

The New York Daily News first reported on the murder and misgendered and deadnamed the victim. Gay City News said that the NYPD referred to her as an “unidentified female” but later referred to her with her deadname and as male, citing the on-going investigation.

Harris was later identified with help from the Princess Janae Place, a nonprofit organization in the Bronx that helps transgender people facing homelessness.

On Monday, police released a surveillance camera image of a person they say is a suspect in the case and is wanted for questioning. He reportedly had a “confrontation” with the victim on the night of the stabbing.

According to police sources who talked to PIX 11, the suspect is believed to have been in a relationship with the victim.

Anyone with information about the man’s identity should call Crimestoppers at 1-(800) 577-TIPS.

The victim’s mother, Janet Soloman, talked to the New York Daily News and referred to her child as a “son” and used “he” pronouns, saying that she “was just gay” and sometimes wore women’s clothes.

“[She’d] like to put on makeup and appear feminine. That doesn’t give anyone the right to take [her] life.”

A transgender activist in the Bronx told Nico Lang at the LGBTQ website them that the victim was a transgender woman.

One person who knew the victim described her as a “beautiful soul full of life and love.”

Police said that they do not currently believe that her death was a hate crime.

Zaya Wade’s brother gave her a complicated athletic challenge. She nailed it. He couldn’t.