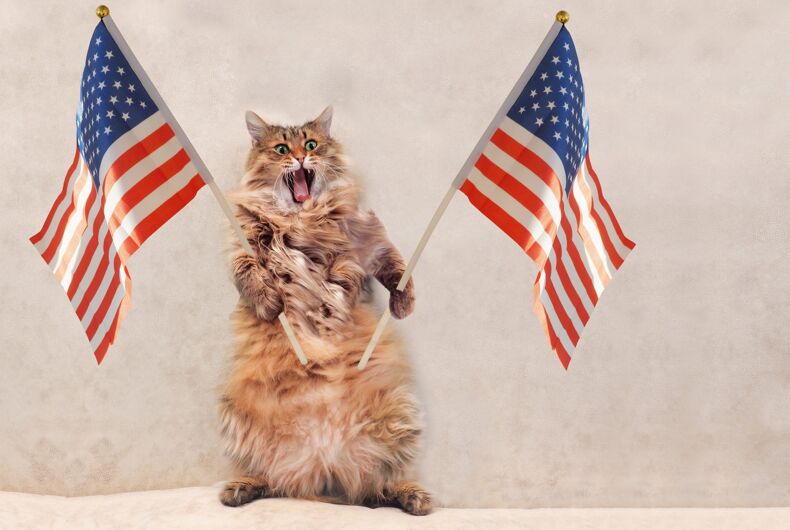 It’s a common stereotype that conservative Christians always manage to find the gloom and doom in anything. But the Family Research Council, a religious right organization that has been classified as an anti-LGBTQ hate group, may have proven the point.

Tony Perkins, the influential conservative Republican activist that helms the organization, sent an email to followers before the Fourth of July holiday weekend to complain it was already ruined – by LGBTQ people.

A former politician who got his start with help from the Klu Klux Klan, Perkins holds considerable sway in the Republican party. The supposedly non-partisan religious group does little more than attack Democrats, LGBTQ people, and progressive causes like fighting racial injustice or climate change.

In 2018, Perkins infamously said he was giving Trump “a mulligan” for his affair with adult film star Stormy Daniels. The golf term is used to refer to second chances.

“The Fourth of July is a time of national celebration and commemoration. We rejoice in our liberty and remember those who won our freedoms and have preserved them at great cost,” Perkins begins. “Yet underlying these things is a foundation that must remain strong for “liberty and justice for all” to mean anything.”

“It’s the rule of law. Law that is fair and impartial, consistent and understandable. Without allegiance to the rule of law, we become a nation where those in power can do what they want without accountability. And in this 244th year of our independence, I fear we are on the brink of that happening.”

“America has never been a perfect nation and never will be. But with all our problems, we have made tremendous progress in securing the God-given rights we too often take for granted,” Perkins concludes.

“But the exercise of those rights will be increasingly diminished and put in jeopardy if Congress refuses to safeguard them and, instead, allows the Supreme Court to rule however its justices prefer, regardless of the text of the Constitution and the law itself.”