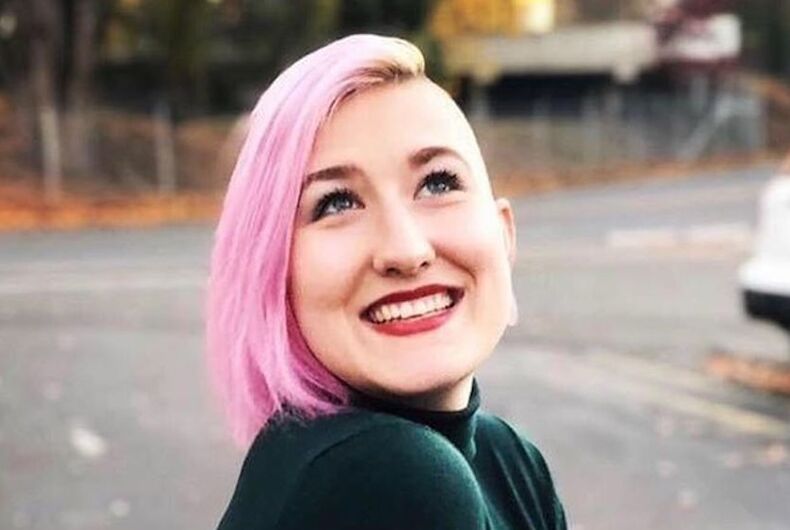 Summer Taylor, a 24-year-old non-binary protestor in Seattle, was murdered early Saturday morning after a 27-year-old Black driver named Dawit Kelete deliberately slammed his white Jaguar car into Taylor and another protestor as they blocked the city’s I-5 highway in a protest against anti-Black police violence.

Police arrested Kelete and booked him into the King County Correctional Facility on Saturday. He has since been charged with two counts of vehicular assault and denied bail. He has not offered a motive for his actions and police believe intoxication likely played no role.

The attack occurred at 1:40 a.m. on Saturday, July 4. Police say that police forces had closed down the on-ramps onto the highway to minimize the potential of cars striking protestors, but Kelete got onto the highway by driving his vehicle the wrong way down an exit ramp.

Protestors had shut down I-5 for the last 19 days before Taylor’s murder, Washington State Patrol Captain Ron Mead said. Protestors had arranged their vehicles to create a barricade between demonstrators and possible vehicles, but Kelete swerved around the vehicles, hitting Taylor. Protestors were reportedly dancing to the “Cupid Shuffle” before Kelete approached.

A graphic video of the murder shows Kelete’s car striking Taylor and a 32-year-old protestor named Diaz Love, their bodies flying through the air and then crashing onto the pavement as Kelete speeds away from the scene of the crime. Kelete was only caught after a fellow protestor chased him and eventually blocked his vehicle as police arrived.

Love remains in serious condition in the intensive care unit of the Harborview Medical Center.

When Taylor was in the hospital, their friend, Becky Gilliam set up a GoFundMe crowdfunding campaign to cover Taylor’s medical expenses and any additional support. At the time Gilliam wrote, “Summer is an incredibly strong and independent spirit. They are a bright and caring person who’s presence elicits joy and laughter in others. Summer works at a veterinary clinic and takes pride in their community & supporting others.”

Gilliam hasn’t updated the GoFundMe account since Taylor’s death. It has raised $49,098 even though it initially sought to raise only $20,000.