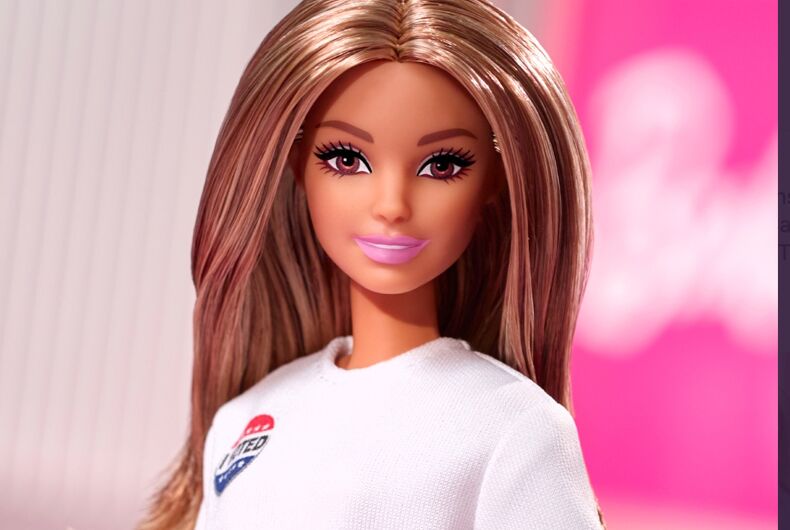 Fresh off his short-lived trip to Twitter jail, Donald Trump Jr. used his return to the social media platform to… bash Barbie as a “Democrat” willing to commit voter fraud.

Now the doll’s maker, Mattel, is firing back at the president’s son, and pointing out that their new collection of diverse dolls are meant to “expose girls to public leadership roles.”

Barbie’s 2020 Campaign Team comprises four dolls, including a candidate, a campaign manager, a fundraiser, and a voter.

Photos released to announce the launch of the doll show Barbie holding a ballot and wearing an “I Voted” sticker.

In a lame joke, Trump Jr. tweeted, “‘Voter’ Barbie must be a Democrat because she’s already wearing an ‘I Voted’ sticker and yet she’s got another ballot in her hand.”

Mattel quickly shot back, telling TMZ, “Barbie is not, and has never been, affiliated with a political party. Barbie has always encouraged girls to stand up for what they believe in and shows them they can be anything.”

“This doll set highlights a range of leadership roles to pique their interest in shaping the future and raise their voices – from the podium to the polls. This set also provides a tool to allow families to have conversations around important events and cultural moments through play.”https://twitter.com/DonaldJTrumpJr/status/1288446046381715456
Politics
Barbie 2020 Campaign Team, Barbie dolls, Barbie is a Democrat, Donald Trump Jr., Mattel