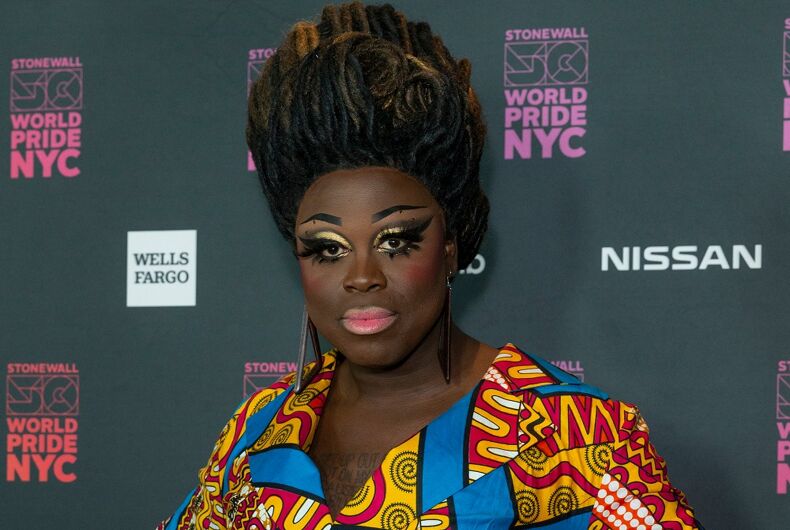 Bob, who had spent the last few months agitating for Black trans lives, was on the Just the Sip podcast with Justin Sylvester this past Wednesday when Sylvester asked her about the intersection of LGBTQ and anti-racist activism.

“I do think the issue with trans lives — especially in the Black community — doesn’t necessarily lie within racism, but it does lie within prejudice and misogyny, specifically trans-misogyny,” she said.

Bob is perhaps best known as the winner of season 8 of RuPaul’s Drag Race – as well as her stand-up comedy specials and HBO’s We’re Here – excelling particularly at comedy and acting challenges during the season.

So Sylvester naturally asked him about comedian Dave Chappelle, who has a long history of making jokes about transgender women in his routine.

“And then when Dave Chappelle — who’s one of the most respected Black people in comedy and entertainment — goes on TV or when Netflix gives him money to say, ‘I can’t stop laughing at trans people, they’re just so funny!’ then it validates that idea for other people, and then other people double down and agree with him.”

“You don’t have to punch down,” Bob added, explaining that it’s possible to make jokes about queer and trans issues that aren’t hurtful. “Like, you’re Dave Chappelle, all of your content leading up to this year, you didn’t have any trans-misogynistic jokes in any of that stuff. You don’t need that stuff.”