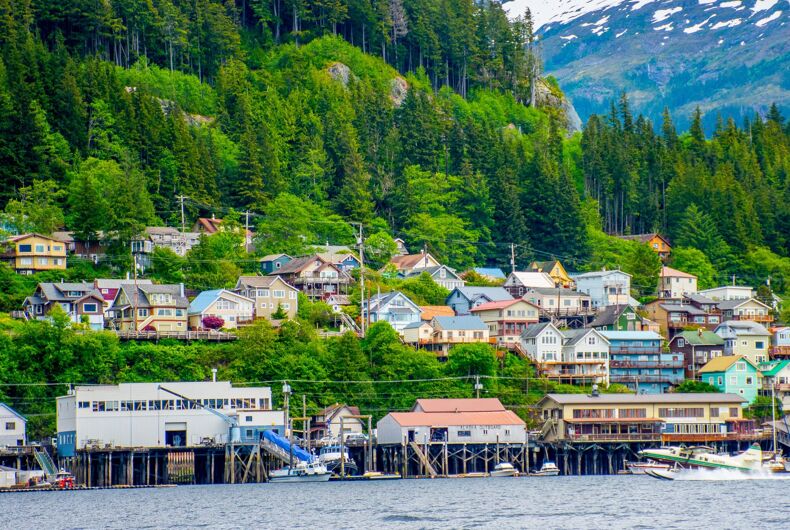 Hate has no home in Ketchikan.Photo: ©Frank P. Flavin 2016

Located on the state’s southern coast, the state’s first city has a thriving tourism industry and locals know that discrimination is bad for business. So when a local florist reportedly refused to provide flowers for same-sex couples, residents quickly reacted.

An ordinance prohibiting discrimination against LGBTQ people passed unanimously in the city council earlier this month after local florist Heather Dalin, owner of Heavenly Creations, made news for allegedly refusing to take an order for a same-sex wedding.

“When it comes to the holy sacrament of marriage, God’s word is clear,” she told local news outlets. “Marriage is one of the seven sacraments where the Lord Jesus Christ is present. For you to pass an unnecessary ordinance to try and force myself to participate in a ceremony that violates not only God’s holy truth, but also strips me of my rights as an American tax-paying, law-abiding citizen is unreasonable.”

“Much like their pro-slavery predecessors, segregationists during the Jim Crow era cited scripture as justification for maintaining racial segregation and inequality,” Tongass Historical Museum curator Ryan McHale told the council. “There is little that distinguishes the religious freedom claim of today from those of the segregationists who argued that they should not be forced to hire, serve or associate with African Americans or Native Americans,” he said.

The city’s new ordinance prohibits discrimination in employment, housing, and public accommodations. It will take effect next month.