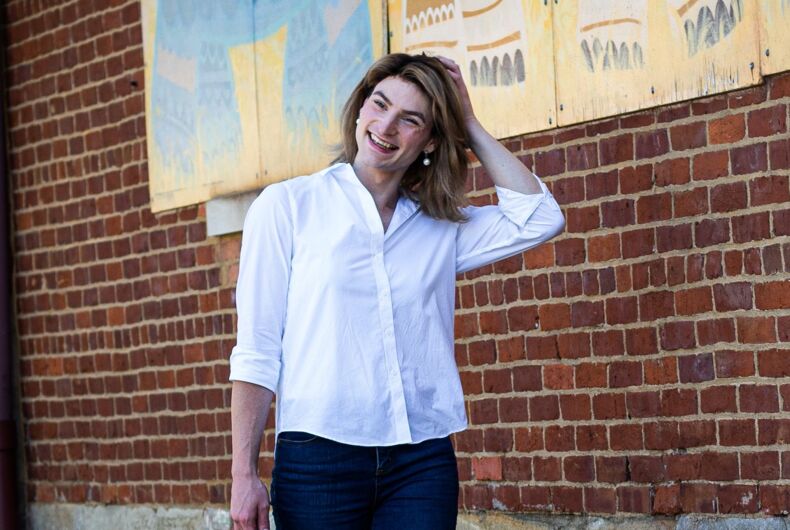 Rosemary Ketchum, a transgender woman, has won a seat on the Wheeling, West Virginia city council. She is the first trans person elected to public office in the state.

Ketchum won by a slim margin in the nonpartisan four-way race, picking up 287 of the 731 total votes cast in the election.

As the Associate Director of NAMI of Greater Wheeling, an affiliate of the National Alliance on Mental Illness, a member of the Wheeling Human Rights Commission and the board of directors for the American Civil Liberties Union of West Virginia, recipient of the 2019 West Virginia Wonder Woman award, and a transgender woman, Ketchum showed voters she wants to create an inclusive, accessible, and thriving community.

Her platform was built on community service and making Wheeling a city for all. With a plan to combat addiction, homelessness, lack of accessible public transit, along with many other public issues, she promised to ensure the values of the community will be reflected in the actions of the local leadership.

“Trans people are severely underrepresented in elected office – with just 26 out trans officials anywhere in the country – so Rosemary’s victory will resonate well beyond her state. We know Rosemary’s race will inspire other trans people from conservative states to consider a run for office in their communities – and then those candidates will inspire others as well. That virtuous cycle is the key to building trans acceptance and political power long-term.”

A Florida city’s LGBTQ nondiscrimination law was struck down by the court. So they passed it again.